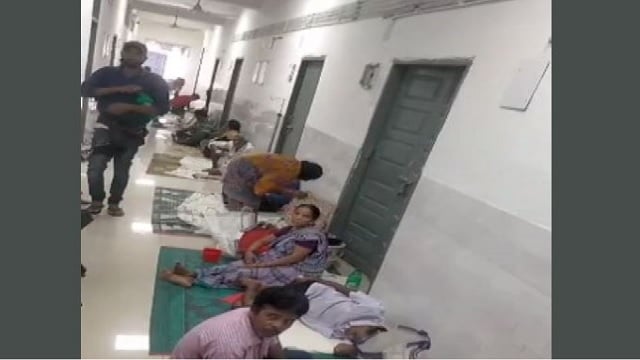 Bhubaneswar: The administration in Bhubaneswar is at its wit’s end as to how it will manage the rise of dengue cases with each passing day.

As many as 2000 dengue positive cases are present in Bhubaneswar, say reports. With the growing number of cases, the load on the state-run Capital Hospital is increasing.

More 32 cases of dengue infection have been detected in the past 24 hrs in the capital city of Odisha that is Bhubaneswar.

The information stated above has been shared by the Bhubaneswar Municipal Corporation’s (BMC) on Wednesday. Amidst the prevailing Covid-19 pandemic, rising cases of dengue has increased BMC’s concern towards the citizens as in both the cases awareness and precautionary measures plays a vital role.

However it is noteworthy that on September 4, 2022 keeping up the Dengue prevention activities in different wards of the capital city of Odisha a Dry Day awareness activity was done in ward no.11 today that attracted citizen’s participation.

Corporator Pravasini Mohanty led the team in Dhirikuti Basti area of the ward. The awareness drive was a combination of rally, door to door visit by volunteers and sanitation staff. During the drive larvicide oil was sprayed while message was spread through public address system in a dedicated Tableau.

The drive is an integral component of each sanitation activity of BMC. As observed, people of the area are quite oriented to handover domestic waste separately in BMC’S Safaigadi. They have formed groups to do cultural programmes of their own. Such initiative is really exemplary to be replicated in other areas, told Suvendu Kumar Sahoo, Dy. Commissioner Sanitation.