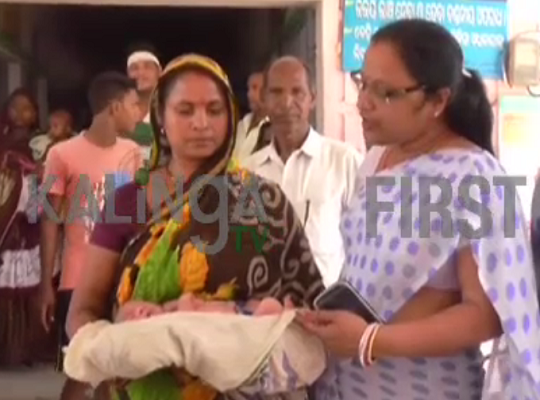 Jajpur, Mar 25: In a socking incident, an abandoned newborn girl was found from the local garbage dump yard at Syamsundarpur village under Jenapur police limits in the district here on Saturday.
According to reports, some locals spotted the infant in the garbage dump yard and called up an ambulance and rushed the infant to the Dharmasala Community Health Centre. Her condition is stated to be stable.
On being informed, local police reached the spot and started investigation to find out who and why abandoned the newborn there.
Meanwhile, it is suspected that the parents of the toddler have disowned her after her birth.