44 killed as Bus falls into Tons River in Shimla 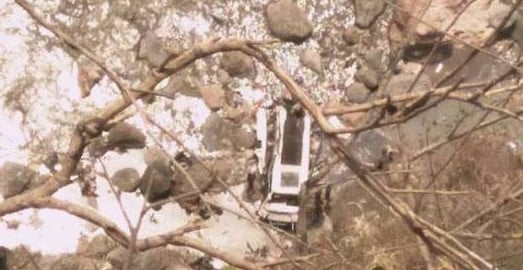 In a tragic incident, as many as 44 people were killed as the bus carrying them fell into Tons River in Shimla district of Himachal Pradesh on Wednesday.

Irate locals set 4 buses on fire after couple dies in…

Though, the exact reason behind probably the most deadly bus tragedy in the country is yet to be known, the Sirmaur police reached the spot and started rescue operations along with the support of the locals.

There were more than 50 passengers in the bus, which was on its way to Tuini in Uttarakhand.