Woman falls from 9th floor, Gets up and walks away # Watch 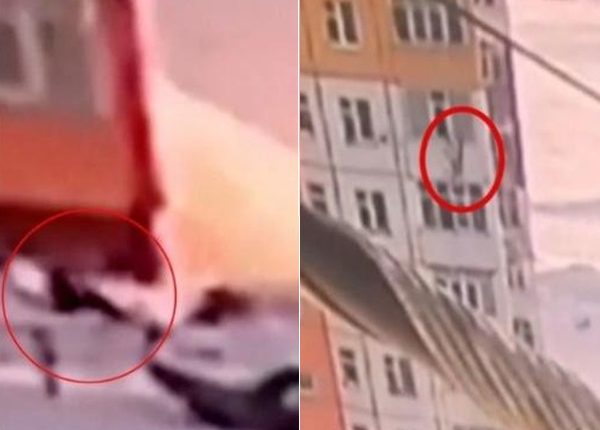 A woman fell from the 9th floor of a sky scrapping building. Astonishingly, she was alive, got up after a few seconds after falling and even walked away without any help from others. Even the people on the street could not knew about it and she walked away.

The whole incident was caged in a CCTV camera. It was later uploaded to social media and within no moment, the 32 second long video went viral.

As per reports, the incident took place in the central town of Izluchinsk in Russia. Fortunately the woman fell into a snow drift, perhaps that is the reason she came out unhurt.

As seen in the video the woman thumps down in to a huge pile of snow and the gravity of her fall throws up a spray of white powder. For a few seconds, the blurred dark outline of her body (in the CCTV footage) lies sprawled on the ground motionless. However, the woman then begins to stir and steadily sits upright before picking herself up and calmly walking away.