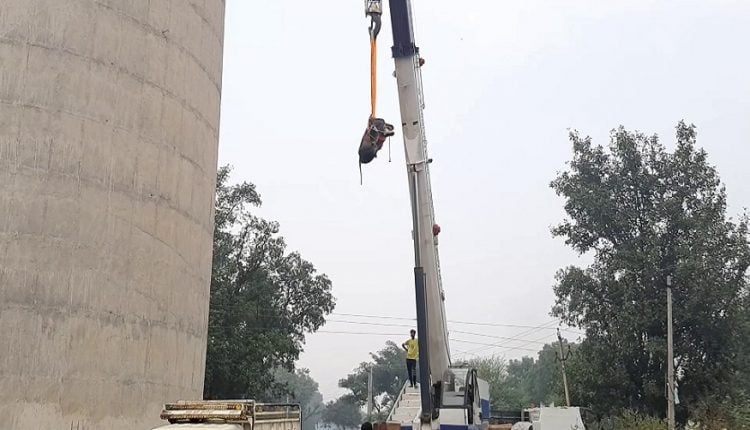 A strange episode recently pulled huge crowd to the Jyotiba Phule Park in Rewari of Haryana. The unbelievable happening was, a bull was noticed standing on the top of a 200 feet water tank in the Park area.

The incident left everyone amused as to how the bull could climb such a height. As people started noticing the bull within no time a huge crowd gathered around the water tank to witness the unusual happening.

The Police and Fire Department was immediately intimated about the situation, following which a team reached the spot and rescued the bull. The rescue team had to put tough effort for long three hours to get the bull to bring to the ground. They took the help of a crane to get the work done.

Locals say that as steps are made to climb up to the top of the water tank in the park, the bull might have used it to climb.

Shocking! Woman Beaten To Death By Her Son In Odisha