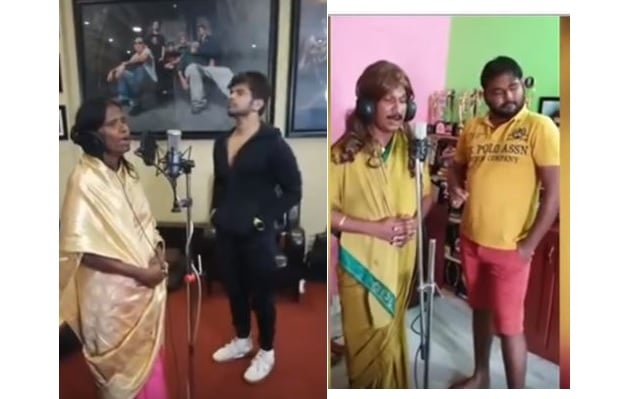 In the said controversial video Papu is seen leap-synching the song ‘Teri Meri’ that has been sung by Ranu Mandal for Himesh. The actor is seen standing in front of a mic and posing like Mondal. However, the mock did not go well in social media. Netizens have started trolling him. It seems like Papu enjoys remaining in news through controversies.

Ranu Mondal shot to fame after a video showing her singing an old number originally sung by legendary singer Lata Mangeshkar at a railway station went viral on social media. Seeing the video, singer and music composer Himesh Reshammiya offered her to sing for his upcoming film.

Papu was last time in controversy for the poster of his film. There he was seen holding one end of a bunch of strings while the other ends were attached to a group of girls seating in front of him. Ace sprinter Dutee Chand had claimed on social media that the poster was derogatory towards women.