Famous cultural troupes, artistes and cooks were invited from Odisha especially for the event and party 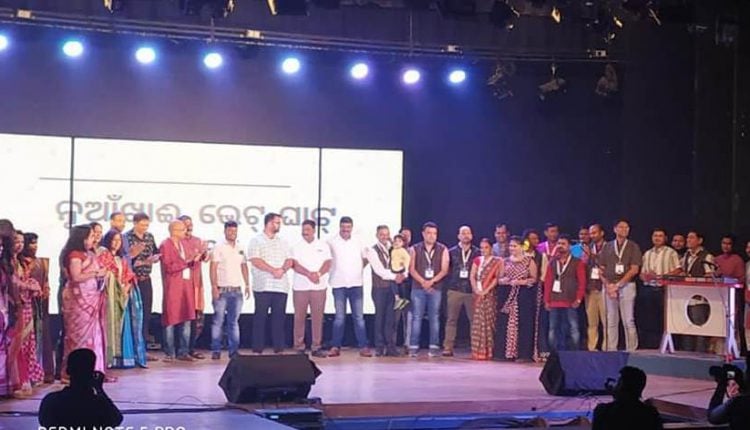 Nuakhai, the prime festival of Western Odisha, was celebrated with much enthusiasm and vigour recently in Pune. Not only Odias, but even locals enjoyed the colourful event Nuakhai Bhetghat organized at the Ankushrao Landge Natyagriha, Bhosari in Pune on September 15.

Famous cultural troupes, artistes and cooks were invited from Odisha especially for the event and party. 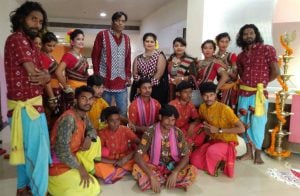 BCA has been organizing Nuakhai Bhetghat for more than a decade in Pune. Yet, over the years the celebration has remarkably grown in stature. Even people’s participation has increased considerably.

This year’s Nuakhai celebration was one of the biggest in the last few years. People of all ages with colourful and typical attires had thronged to the venue to enjoy the cultural extravaganza.

The event began with worship executed with all the traditional rituals. The festivities began around 11 am. This was followed by a mesmerizing devotional number dedicated to Goddess Samaleshwari, performed by the BCA Ladies Group. 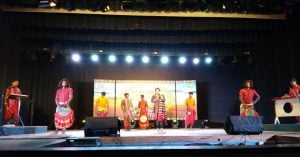 This year BCA had invited a famous folk dancers’ troupe and a musical group from Western Odisha. Titled ‘Rumkujumana’ from Subarnapur, it is led by famous singer Saswat Tripathy.

An enthralling and edge of the seat rendition of the song, music, and dance by the group was the cynosure of all eyes. Literally nobody moved from the audiences’ gallery for six hours, except for lunch.

Besides the folk artists, another top attraction of the show was singer Bankim Patel from Sambalpur. Patel has a short stint with Bollywood and Ollywood. Also, the locals performed on stage and earned appreciation.

In between President of BCA Sanjay Mohanty addressed the audience and thanked them for their huge participation.

The 6th edition of the annual BHETGHAT MAGAZINE 2019 was also inaugurated during the occasion.

While the artists catered food for the soul, the food (for the stomach) was no less attractive. Chefs were specially called from Odisha to prepare a variety of lip-smacking traditional recipes with authentic regional flavour. Finally, the function reached a crescendo as everyone wanted to shake their legs to the regional foot-tapping numbers.

Love and affection, friendship and respect, fun and frolic, food and entertainment, everything were abundantly available at Nuakhai Bhetghat 2019, Pune. The audience had a blast, an unforgettable day with plenty of memories to savour. 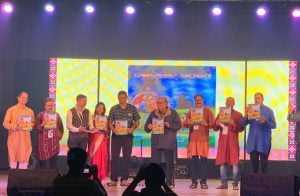 Literally Nuakhai means New (Nua) Food (Khai). A day after Ganesh Chaturthi every year, this festival is celebrated to welcome the new rice crop of the season, which is the staple diet of most of the people.

By this festival, the dominant agrarian community expresses its gratitude to Mother Earth and seeks bumper crops again in the coming years. As per ritual, the first harvest is offered to Maa Samlei, the presiding deity of the region.

The origin of Nuakhai is said to be very old, but the first records of its celebration was believed to be during King Ramai Deva in the 14th century. In short, it is a harvest festival which holds massive significance for the whole of Western Odisha.