Phulbani: In his two-day visit to Kandhamal and Boudh districts of Odisha, Kandhamal MP Dr Achyuta Samanta graced many events and inaugurated a slew of projects on Saturday.

As part of his visit to Kandhamal district, on his first day, Dr Samanta visited Raikia and inaugurated a lighting arrangement system in  the Athletic Association Field. He later visited Tikabali and also inaugurated the lighting system of a playground. 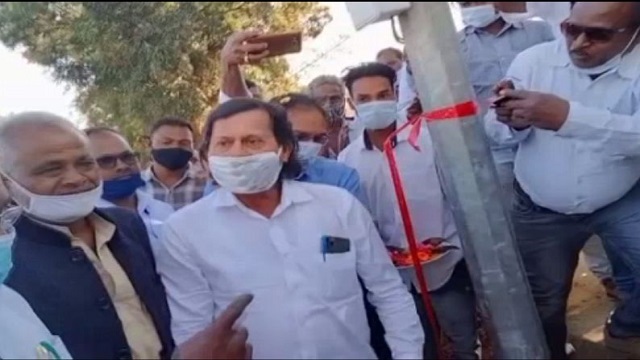 The lighting systems of both the fields in Raikia and Tikabali have been funded by KIIT. Gracing both the occasions, Dr Samanta dedicated the fields to the public. Following the inauguration programme, he graced the finale match of the state-level Biju Babu Cup Football Tournament as the chief guest and cheered for the players. Dr. Samanta will attend a few more events and inaugurate a slew of other projects tomorrow on the second day of his visit to the Kandhamal-Boudh district, reports said.