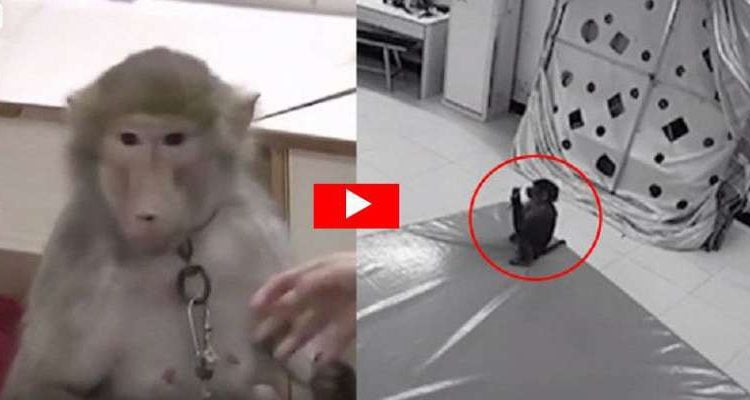 A video from China has lately gone viral where we can see a monkey placing orders online. According to the video, Lv Mengmeng, a staff working at the Yancheng Wild Animal World in Changzhou China, was left shocked when she found an order for groceries placed via her account.

As per reports, Mengmeng frequently orders groceries online via her phone. One day, she was about to order a few daily necessities on her phone when she realised that her monkey was hungry. Accordingly, she decided to stop the task in between and went into the kitchen to prepare food.

However, on returning Mengmeng realised that the order had already been placed. She was puzzled thinking how the order gets placed. However, on checking the CCTV footage, she realised that it is her pet monkey who has placed the order for groceries.

Later she told media that as she often places the online order while the monkey is around. Probably that is the reason the monkey could have learned and mimicked from it.

Mengmeng further intimated that as the order had been placed properly she did not cancelled the shopping as the monkey had ordered items of necessity.