Miss Universe 2022: Bhutan to send its first delegate to the pageant

India's Harnaaz Sandhu will crown her successor, is planned to feature Bhutan for the first time ever in Miss Universe 2022. 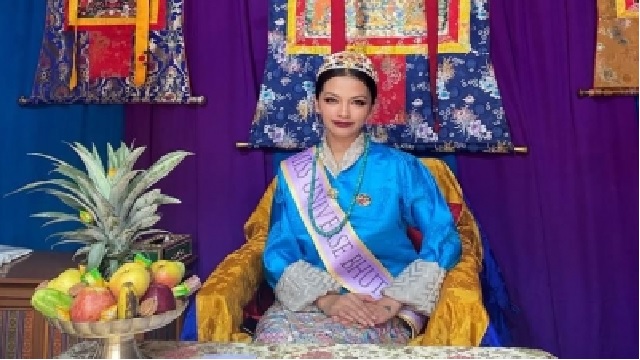 New Delhi: The Miss Universe 2022 pageant, which will be held in New Orleans, Louisiana, on January 14, 2023, and where India’s Harnaaz Sandhu will crown her successor, is planned to feature Bhutan for the first time ever. Bhutan received its first-ever Oscar nomination at the 94th Academy Awards in the same year that the tiny Himalayan nation solidly established its presence in the arts community.

Tashi Choden, 24, was crowned Miss Bhutan on June 04, 2022 at the third edition of Miss Bhutan, with the last event held more than a decade ago. Stunning, outspoken, intelligent, confident and a proud member of the LGBTQ+ community, Tashi is thrilled to represent her country at one of the world’s biggest international beauty pageants. She sees this as an opportunity to learn from her fellow delegates and most importantly to represent Bhutan on a global stage. Born to a Bhutanese mother and a Tibetan father, Tashi was raised in Nagaland, India until the age of three. Tragedy struck and she lost her father when she was only four-years old, and a decade later she also lost her mother, when she was just 14-years old.

Tashi was a popular model and actress even before she was crowned Miss Bhutan. When she discovered Project Bhutan, a Bhutanese modelling agency based in Thimphu, she started participating in performances and even pageants, both inside and outside of Bhutan, at the age of 15. Her acting career has also taken off thanks to films like Singye and Nyingtob.

She personally views competing in beauty pageants as a voyage of self-discovery that has helped her grow into a strong, enthusiastic, and motivated young woman. She can use it as a platform to speak for young people, represent her nation abroad, and promote issues that are important to her, like the rights of LGBTQ+ people. She thinks she can lead Bhutan to success. Tashi, who forged her own path and propelled Bhutan onto the world stage, epitomises the dynamism of Bhutan’s young in the twenty-first century.

“I knew I had the passion, the motivation and the right reasons to want to win the Miss Bhutan pageant, and it was a beautiful journey of celebrating my identity. Miss Universe to me is an opportunity to represent my country. As a global event watched by millions of people, I see this as a great platform to help share the voice of my country, highlight our beautiful land, and advocate for important causes. Bhutan is going through a period of major transformation, and I’m so proud to be part of this. I believe in the future of our country and everything that we can achieve together,” Tashi Choden concluded.