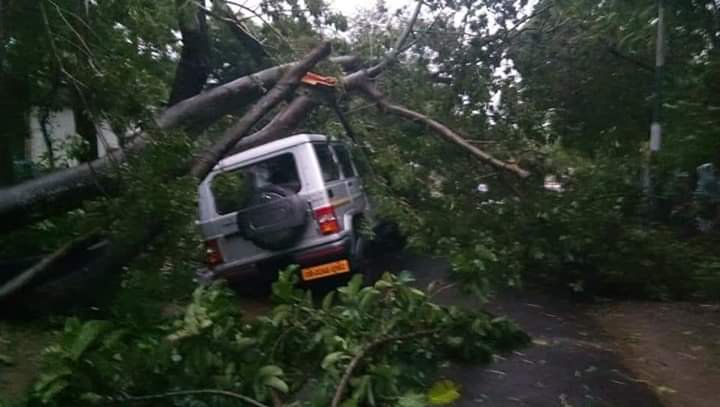 With Cyclone Bulbul progressing towards West Bengal coast, it has triggered heavy rainfall coupled with strong wind in the coastal districts on Saturday.

Hundreds of trees were found uprooted in several places in the coastal districts while the NDRF, ODRAF, police and fire personnel have been engaged in clearing road blockade by dislocating the uprooted trees lying on the roads. 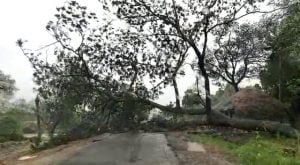 Special Relief Commissioner (SRC) Pradeep Jena informed that they have received information about the uprooting of trees in Kendrapara, Jagatsinghpur and Bhadrak districts. He, however, said that they have not received any loss of life so far.

The SRC said that Dhamra in Bhadrak district recorded a wind speed of 110 Kmph. 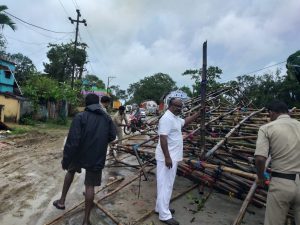 The Kendrapara district administration has evacuated 1070 people to several shelters. A little over 1,500 persons evacuated to safety in Balasore and Jagatsingpur districts.

In the last 24 hours, Paradip received highest rainfall of 159 mm, followed by Chandbali with 143 mm and Balasore 32 mm of rainfall. 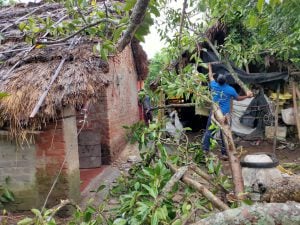 A”We are keeping a close watch on the situation,” said Tripathy. 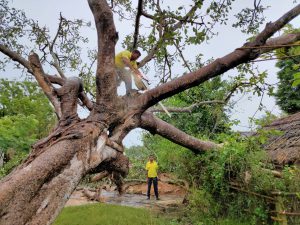 According to the Indian Meteorological Department (IMD), very severe cyclonic storm Bulbul is currently lying 98 km East-Northeast of Paradip and 135 km South-Southwest of Balasore in Odisha.

The system, moving at speed of 15 kmph, is likely to weaken gradually and move Northeastwards towards West Bengal and Bangladesh, it said.

The IMD said gale wind speed 70-80 kmph gusting to 90 kmph is prevailing along and off Kendrapara, Jagatsinghpur, Bhadrak and Balasore districts of Odisha and East Medinipur, south and north 24 Parganas districts of West Bengal. 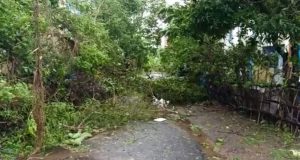