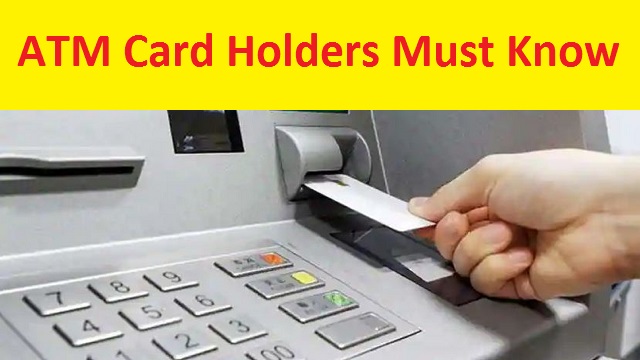 In today’s time, the use of ATM has become an important part of people’s daily routine. There was a time when people had to go to the bank to withdraw money. Cash was available at that time, but now ATMs have completely eliminated this problem. Whenever people need money, they immediately withdraw it from the ATM.

Although many times it is seen that people go to ATM to withdraw money, but cash is not available there. In such a situation, people have to wander here and there for cash. To get rid of this problem, the Reserve Bank of India (RBI) has issued a directive regarding ATM service, which will benefit the customers a lot. It is going to start from October 1, 2021.

Hurry up! You can get Rs 3 lakh if have this Indian currency…

After October 1, if cash is not available in any bank’s ATM and you feel that the bank is not following the instructions of RBI, then you can complain. You can lodge a complaint against the concerned bank for not putting money in the ATM by calling the RBI number 011 23711333. RBI will also take action against the concerned bank based on the complaint of the customers.

According to RBI, this rule will also apply to white-label ATMs. Actually, White Label ATM means that no bank label is put on that ATM. In such a situation, the penalty will be imposed on the bank which will be responsible for putting the money in the ATM.