This is not phone number of Sunny Leone, Don’t call me: Delhi man

It has been learned that the Indo Canadian actress had called out this phone number in a dialogue featured in the Hindi film ‘Arjun Patiala’. While this film stars Diljit Dosanjh and Kriti Sanon in the lead roles actress Sunny Leone has also acted in the film as Baby Narula. She has done an item song in the film. The film was released on July 26, 2019. So, fans of Sunny who have watched the film think that the phone number is of Sunny Leone. And hence they are calling.

However, in reality, the phone number is owned by Puneet Agrawal. He has nothing to do with the actress. He is not even anyway related to the film industry. Tied off receiving phone calls from Sunny Leone’s fans from the county as well as from a few foreign countries, he approached Police to get rid of it. Police have assured that necessary action will be taken after investigation. 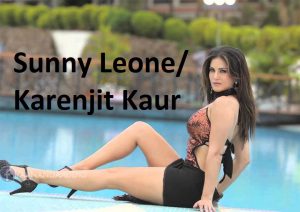 Youth critical after being attacked by girl, kin