The cops, from their preliminary investigations, assumed that the masterminds of this cyber fraud might be a resident of Jamtara area of Jharkhand. 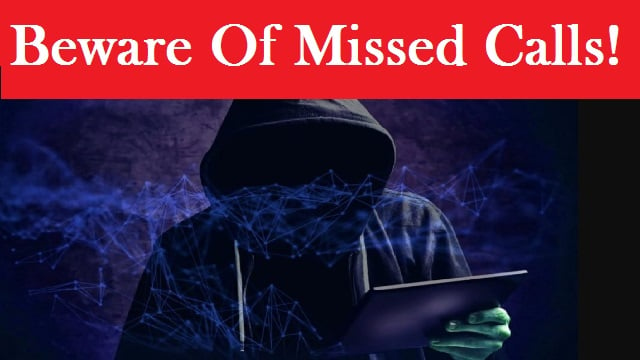 Beware! You may lose money from your bank account despite not getting any OTP or even not replying to it after receiving it. The cyber fraudsters have found a new way to steal money from people’s accounts. They now loot money by just making blank and missed calls. One such incident has now come to the fore in south Delhi.

A man who works as a director at a security services company in south Delhi reportedly received several blank and missed calls on his cellphone. He then lost Rs 50 lakh from his multiple accounts. Surprisingly, the cybercriminal did not ask him about any OTP. However, he made several transactions across the victim’s bank accounts by making blank and missed calls.

Later, the director of the security services company filed a case with the cyber police. Based, on the complaint, cops started a probe into the matter.

The cops, from their preliminary investigations, assumed that the masterminds of this cyber fraud might be a resident of Jamtara area of Jharkhand.

It is to be noted here that several such cyber criminals are living in the Jamtara area of Jharkhand.

Hiker dies after falling off mountain cliff while taking photos