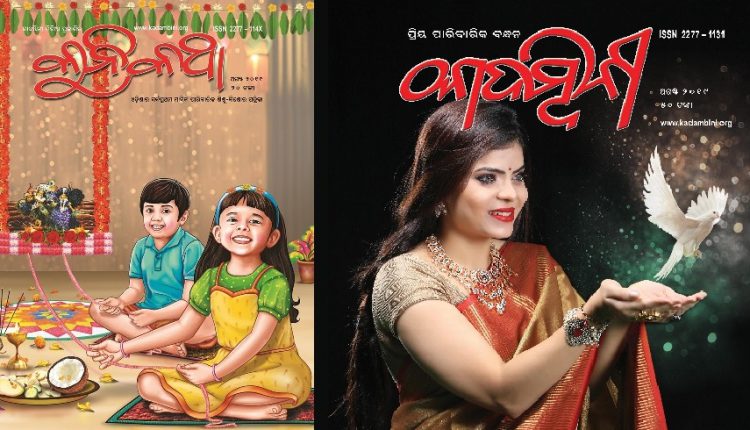 Bhubaneswar: Kadambini’, Odisha’s premier family monthly magazine has featured the tale of Amrita Pritam, the first prominent woman Punjabi poet, novelist, and essayist in its August 2019 issue. Founded by Dr. Achyuta Samanta and edited by Dr. Iti Samanta, Kadambini is the largest circulated magazine of Odisha. The magazine has featured Miss Balasore 2012 Kalpasa Ankita Shaw as the cover model in its August 2019 issue.

The August 2019 issue of Kadambini has widely discussed Amrita Pritam in the article ‘Amruta Smarane’. Amrita Pritam is regarded as the first prominent woman Punjabi poet, novelist, and essayist. She is equally loved in India and Pakistan. With a career spanning over six decades, she produced over 100 books that were translated into several Indian and foreign languages.

As a novelist, her most noted work was Pinjar (The Skeleton) (1950). The novel was made into an award-winning film, Pinjar in 2003. 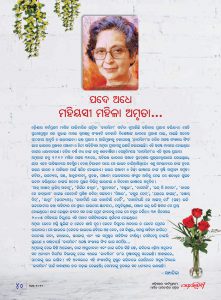 Known as the most important voice for the women in Punjabi literature, in 1956, she became the first woman to win the Sahitya Akademi Award for her magnum opus, Sunehade (Messages). Later she received the Bharatiya Jnanpith awards in 1982. The legendary writer has also been conferred with Padma Shri and Padma Vibhushan. She was honoured with India’s highest literary award, given by the Sahitya Akademi (India’s Academy of Letters), the Sahitya Akademi Fellowship given to the “immortals of literature” for lifetime achievement.

Kalpasa Ankita Shaw, who has been featured as the cover model in the issue hails from Balasore. Beauty Queen Kalpasa rose to fame after being crowned as Miss Balasore in 2012. Later the gorgeous lady also bagged many other titles including the Miss Odisha Perfect and Miss Photogenic in 2013.

Probably, Kalpasa is the first Odia girl whose portrait, named ‘Dream Girl’, got a place at the Australia Art Gallery. Glamour girl Kalpasa is the brand ambassador for Aroma Naturals beauty brand. The beauty queen has been voted as the most beautiful woman in a survey.

On the other hand, the beautiful lady has also grabbed recognition thanks to her social work. She is the founder of Ankita Shaw foundation through which she extends social service to mostly orphans. Besides, she also works to promote the culture and tradition of Odisha.

Readers can find Kalpasa Ankita’s success story on page 101 of the August 2019 issue of ‘Kadambini’. 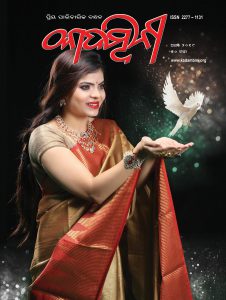 Odia language magazine ‘Kadambini’ is the brainchild of Dr. Iti Samanta, who herself is an awarded writer and litterateur of repute. The magazine features original short stories, poems, transliterations, travelogues as well as articles on sports, health, entertainment, cookery, and many other genres.

The August issue of ‘Kadambini’ features the following articles:

The August 2019 issue of Kadambini houses ‘Batayana’, the editorial column by the editor of the magazine Dr. Iti Samanta. That apart the unique magazine has many other informative and entertaining articles of different genres. ‘Kadambini’ is famed for its unique features and productive articles. The issue has these following articles among others: