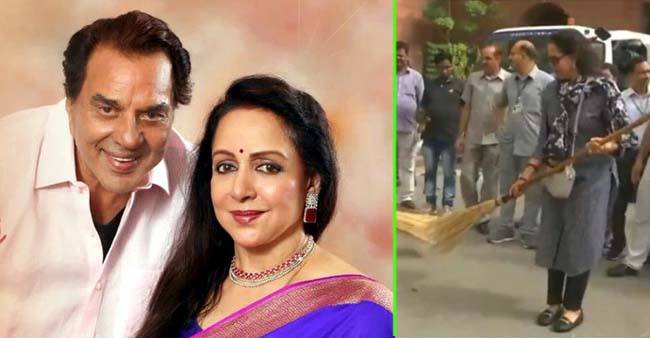 Mumbai: Actress and BJP’s Mathura MP Hema Malini was mercilessly trolled by the Twitteratis on Saturday, while she was taking part in a cleanliness drive at the Parliament complex.

On being asked by a Twitter user whether she has ever touched a broom in her life, Hema’s husband Dharmendra said- “Yes, in films. She looked like a beginner to me too. I helped my mother during my childhood with household chores and I was very efficient at sweeping with brooms,” the actor wrote in Hindi. The 83-year-old actor accompanied his tweet with green leaves emoticons saying “I love cleanliness” 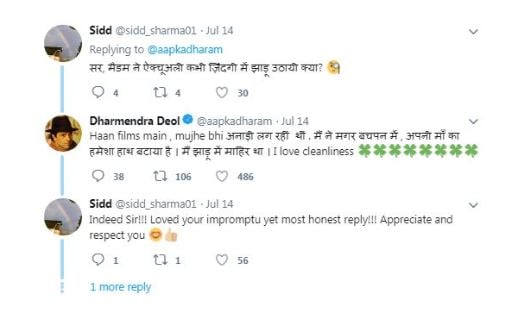 The ‘Sholay’ actor, who was praised on Twitter for his honest reply, said people should accept the noble message of cleanliness propagated by his wife and try to adopt it in their lives too.

“Ek paigam toh hai. Keep your Country Clean. Hema ke paigan par amal karo. My humble request to you all, feel from your soul for our New India,” the veteran actor tweeted.