Aadhaar Card holders will have to pay Rs 1 crore fine on violating THESE rules, know how to avoid 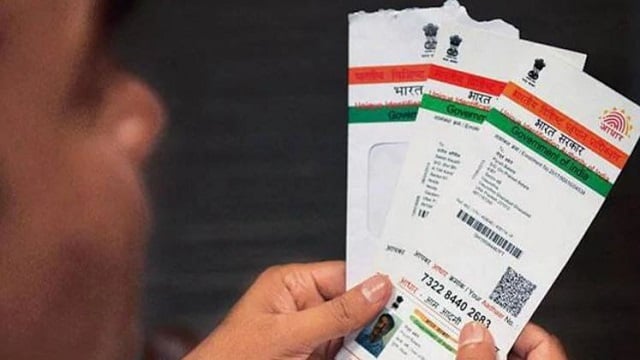 The Unique Identification Authority of India (UIDAI) has made it easier for Indian citizens to access details with their Aadhaar card information by launching several services regarding it. This is because the 12-digit verifiable identification number is used in several governmental and non-governmental works, most of which are important.

Aadhaar card is arguably one of the most important documents to identify an Indian citizen. Unlike other identification sources like Voter ID, PAN card, and others, Aadhaar serves several purposes. However, amid so many services, there have been cases when people have been accused of misusing Aadhaar.

To tackle such issues, the UIDAI has recently been permitted to impose huge fines on fraudsters for Aadhaar violations. In November 2021, The Indian government instructed UIDAI to appoint officials who will prosecute those who violate the Aadhaar Act.

Government notified the UIDAI rules on November 2, 2021, under which the organisation may initiate a complaint against an entity that fails to comply with the Act or the UIDAI’s directions. The complaint will be registered in the Aadhaar ecosystem and UIDAI will furnish the required information.

Officers in charge to judge the matter, appointed by the UIDAI, will be responsible to decide such matters. They are allowed to impose penalties up to Rs 1 crore on such entities. The Telecom Disputes Settlement and Appellate Tribunal shall be the appellate authority against decisions of the Adjudicating Officer.

It is to be noted that the legislation enacting the UIDAI rules imposed in 2021, was originally passed in 2019. Therefore, the Aadhaar Act, at that time, did not have provisions for the UIDAI to take enforcement action against guilty entities in the Aadhaar ecosystem.

The law passed in 2019 argues that the issue needs to be addressed with a view to protect the privacy and also to ensure the autonomy of the UIDAI. Therefore, a new chapter was then inserted in Aadhaar Act to provide for civil penalties.

However, now, the provision has been made. The notice in the UIDAI website read, “Penalty for failure to comply with provisions of this Act, rules, regulations and directions [Section 33A] – upto Rs. 1 crore for each contravention.”

Apart from this, the Aadhaar law signifies that impersonation by providing false demographic or biometric information is an offense. Person involved in doing so will be imprisoned for three years along with a fine of Rs 10,000. The UDAI website also notices that Appropriating the identity of an Aadhaar number holder by changing or attempting to change the demographic and biometric information of an Aadhaar number holder is an offense, and that it attract imprisonment for 3 years and a fine of Rs 10,000.

Also Read: You can download your PAN card online easily, Know how