Various places in the world are putting an end to tobacco sales, here’s why

New Zealand aims to become a 'smoke-less' country by 2025. Meanwhile, India might ban sale of loose cigarettes. Why are these steps required? 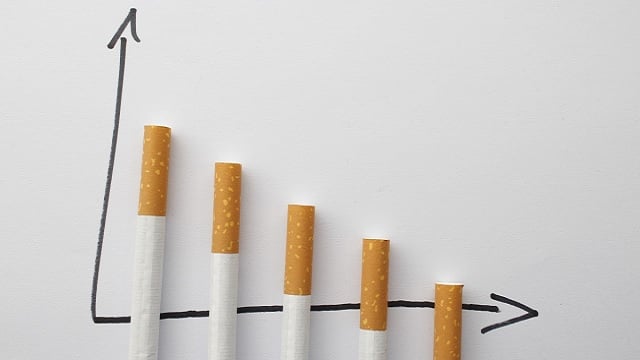 Future generations of New Zealanders will be banned from purchasing tobacco as part of a package of new anti-smoking laws that passed parliament on Tuesday and are among the most strict in the world. The suite of new laws include bans on selling tobacco to anyone born on or after Jan. 1, 2009, punishable by fines up to NZ$150,000 ($95,910). The ban will remain in place for a person’s whole life.

The legislation will also reduce the amount of nicotine allowed in smoked tobacco products and cut the number of retailers able to sell tobacco by 90%.

Associate health minister Dr Ayesha Verrall said in a statement that the legislation will accelerate progress towards a smoke-free future.

She also added that thousands of people will live longer, healthier lives and the health system will be $5 billion better off from not needing to treat the illnesses caused by smoking, such as numerous types of cancer, heart attacks, strokes, etc.

New Zealand is believed to be the first country in the world to implement the annually rising smoking age, ensuring tobacco cannot be sold to anyone born on or after 1 January 2009.

It will be accompanied by a slew of other measures to make smoking less affordable and accessible, including dramatically reducing the legal amount of nicotine in tobacco products and forcing them to be sold only through specialty tobacco stores.

New Zealand is tightening anti-smoking laws as part of a government push to make the country “smokefree” by 2025. It already boasts one of the lowest adult smoking rates. Only Bhutan, which banned cigarette sales in 2010, has stricter anti-smoking laws.

It should be noted that while New Zealand has strict laws regarding sale of cigarettes, there are no measures to check sales of vape, which is causing an unprecedented rise in the people who are taking up vaping.

Talking about taking steps to reduce the tobacco consumption, India is considering a ban on sale of loose cigarettes. According to reports, the Standing Committee of Parliament has recommended a ban on selling single cigarettes to control tobacco usage. The committee feels that the sale of loose cigarettes is affecting the tobacco control campaign. The committee has also suggested getting rid of smoking zones in all the airports.

In India every year around 3.5 lakh people die due to smoking. Smoking in public places is already banned in the country. There can be a fine of up to Rs 200 for breaking the rule. The government has also banned the advertisement of tobacco products.

According to various reports, around 3.5 lakh people die every year in India due to cigarette smoking. In 2018, the National Council of Applied Economic Research had conducted a survey that showed 46% of the people who smoke are illiterate, while 16% are college-going students.

According to a report by the Foundation for Smoke-Free World, about 6.6 crore people smoke cigarettes every year in India, while more than 26 crore people use other tobacco products. About 21% of people in India get cancer due to tobacco use.

The Odisha Government enacted The Cigarettes and Other Tobacco Products Act or COTPA in 2003 which came to effect in 2013. A limited improvement is only visible in the matter of tobacco in smoke form but in smokeless form, no change is seen.

Odisha is the 15th state in the country to ban ‘gutkha’ in 2013.While union territory Chandigarh has effected a ban on it, Kerala banned pan masala and gutkha containing tobacco under the Food Safety and Standards (Prohibition and Restriction on Sales) Regulation, 2011.

How tobacco damages the body

The chemicals in tobacco smoke can damage the body in many ways. For example:

Smoking can also affect the way a person looks.

Smoking cigarettes definitely kill, but before you die, you could experience some pretty terrible diseases and health conditions from smoking. Here are some of the most common problems faced by people.

More people die from lung cancer than any other type of cancer. Cigarette smoking is the number one risk factor for lung cancer; it’s responsible for close to 90% of lung cancer cases. Your chance of still being alive five years after being diagnosed is about 1 in 5.

COPD is an obstructive lung disease that makes it hard to breathe. It causes serious long-term disability and early death. COPD starts by making it hard to be active, such as playing with a grandchild, then usually gets worse, until climbing a short set of stairs or even walking to get the mail is exhausting or impossible. It can leave people stuck in their homes, unable to do the things they want or see friends. About 85% to 90% of all COPD is caused by cigarette smoking. COPD is the fourth leading cause of death in the United States.

Smoking harms nearly every organ in your body, including your heart. Smoking can cause blockages and narrowing in your arteries, which means less blood and oxygen flow to your heart. When cigarette consumption in the U.S. decreased, so did the rates of heart disease. Yet, heart disease remains the number one cause of death in the U.S.

Because smoking affects your arteries, it can trigger stroke. A stroke happens when the blood supply to your brain is temporarily blocked. Brain cells are deprived of oxygen and start to die. A stroke can cause paralysis, slurred speech, altered brain function and death. Stroke is the fifth leading cause of death in the United States and a leading cause of adult disability.

Asthma is a chronic lung disease that makes it harder to move air in and out of your lungs—otherwise known as “breathing.” Because cigarette smoke irritates air passages, it can trigger sudden and severe asthma attacks. Asthma is a serious health condition that affects close to 25 million Americans. Smoking only makes it worse.

Smoking can cause ectopic pregnancy in women, which is when a fertilized egg implants somewhere other than the uterus. The egg can’t survive and, if left untreated, can be life-threatening for the mother. Smoking also causes reduced fertility, meaning it makes it more difficult to get pregnant. Smoking while pregnant can cause babies to be born prematurely and/or with a low birth-weight.

You’re more likely to get type 2 diabetes if you smoke. People who smoke cigarettes are 30% to 40% more likely to develop type 2 diabetes. Additionally, smoking increases the risk of complications once diagnosed with diabetes, such as heart and kidney disease, poor blood flow to legs and feet (which leads to infections and possible amputation), blindness and nerve damage.

Smoking can make you go blind. It damages your eyes and can result in vision loss. Age-related macular degeneration is caused by smoking. It is the leading cause of blindness in adults ages 65 and older.

Miraculous escape for Mumbai man who gets knocked down, ‘run over’ by bus: Watch