HealthMiscellany
By KalingaTV Bureau On Oct 5, 2022 0 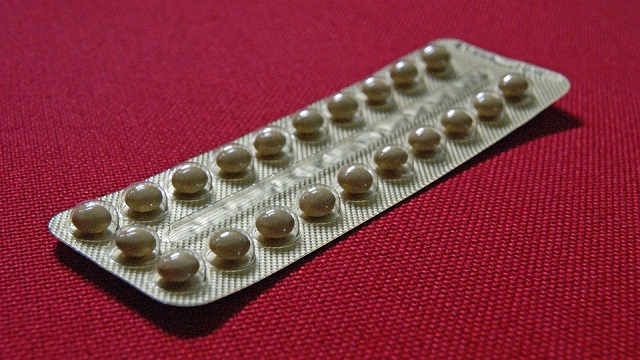 Hormonal changes may be a factor in the risk for depression. Lots of women get irritable, depressed, or feel out of sorts just before their monthly periods. Those can be symptoms of a common condition called premenstrual syndrome (PMS). But could your birth control pills and other hormonal contraceptives trigger similar emotional swings? Some women who are on hormonal birth control get mood swings and other emotional side effects. Sometimes the changes may help, such as easing your crankiness or anxiety. But other women report feeling depressed or going through such a severe emotional roller coaster that they quit their hormonal contraceptives. Is there a concrete connection between oral contraceptives and mental health?

Contraceptives that use hormones to keep you from getting pregnant come in many forms. They include the pill, the mini pill, implant, shot, intrauterine device (IUD), patch, and vaginal ring.

Most birth control pills, patches, and rings combine two lab-made female sex hormones, estrogen and progestin. “Minipills” have only progestin, and in a smaller amount.

Combined hormonal contraceptives stop the normal rise and fall of your body’s natural hormones. That blocks your body from ovulating and releasing an egg to be fertilized by sperm.

Researchers don’t have enough evidence to say for sure if hormonal birth control causes depression. But most of the information available suggests that the answer is likely a no. Still, researchers can’t rule out that there may be a link between those contraceptives and depression.

Part of the uncertainty stems from the fact that every woman reacts differently to hormones. Another reason is that studies have turned up conflicting findings.

For example, some research says that women get extra benefits from hormonal birth control, such as fewer depressive symptoms or lessened emotional symptoms from premenstrual dysphoric disorder (PMDD).

But other studies have found a link between women, especially adolescents, who used hormonal birth control and their rates of depression and antidepressant use. Sixteen-year-olds in one study who took birth control pills cried more and had trouble sleeping.

Researchers think that hormonal contraceptives may have a bigger effect if a woman already has a mood disorder. But more studies are needed.

How does cannabis affect your surgery? Know details here

How secure is protein powder, any idea how dangerous it can…

Ways to cope with festive anxiety

Women have complained about mood-related changes like depression and anxiety ever since the pill came out in 1960. The newest generation of pills have lower doses of hormones. Even so, a sizeable number of women still quit the pill because of side effects.

During a typical 28-day menstrual cycle, estrogen levels reach their peak around day 14. That’s when many women feel best emotionally and physically. Most hormonal contraceptives smooth this mountain-shaped hormonal cycle into an even line for the first 21 days. Then the levels of estrogen and progestin plunge during the final 7 days.

Limited research suggests that compared with women who don’t use hormonal birth control, those who do are more likely report feeling depressed, anxious, and angry. But those symptoms don’t make the list of common side effects. Other studies have turned up no significant link between hormone combinations or concentrations and differences in mood. Still more research has found that women on the pill and those taking dummy pills report similar symptoms, suggesting that any effects they noticed were unrelated to the actual pills.

Your choice will depend on things like your lifestyle, ease of use, cost, and when and if you plan to have a baby.

If you’re worried about how hormonal birth control may affect your mood, ask your doctor if you might have other options. They might include:

Doctors sometimes prescribe hormonal contraceptives to ease the discomfort that practically every woman notices at one time or another during their monthly periods.

Symptoms of premenstrual syndrome can include:

The FDA has approved a specific type of hormonal birth control pill — containing drospirenone and ethinyl estradiol — to treat a more serious form of PMS called premenstrual dysphoric disorder. But the hormones may work better to ease physical symptoms than mood-related ones. It also can take some trial and error for your doctors to hit on the right medication and dosage.