Early warning signs of Dementia and symptoms to look out for

According to the WHO, more than 55 million people worldwide live with dementia, and more than 10 million new cases are diagnosed every year 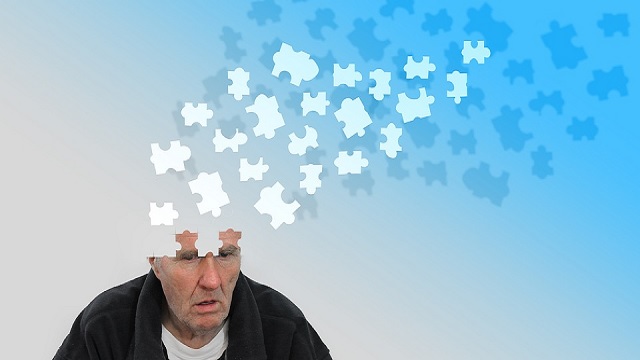 Dementia is a term used to describe a group of symptoms affecting memory, thinking and social abilities severely enough to interfere with your daily life. It isn’t a specific disease, but several diseases can cause dementia.

Though dementia generally involves memory loss, memory loss has different causes. Having memory loss alone doesn’t mean you have dementia, although it’s often one of the early signs of the condition.

According to the World Health Organization, more than 55 million people worldwide live with dementia, and more than 10 million new cases are diagnosed every year. And while Alzheimer’s disease is the most common cause of dementia, it’s not the only cause. Although dementia symptoms can vary due to the underlying cause, there are some key symptoms that are common warning signs of this condition.

Dementia symptoms vary depending on the cause, but common signs and symptoms include:

Although the early signs vary, common early symptoms of dementia include:

Sometimes, people fail to recognise that these symptoms indicate that something is wrong. They may mistakenly assume that such behaviour is a normal part of the ageing process. Symptoms may also develop gradually and go unnoticed for a long time. Also, some people may refuse to act, even when they know something is wrong.

One of the most common signs of Alzheimer’s disease, especially in the early stage, is forgetting recently learned information. Others include forgetting important dates or events, asking the same questions over and over, and increasingly needing to rely on memory aids (e.g., reminder notes or electronic devices) or family members for things they used to handle on their own.

It’s normal to occasionally forget appointments or a friend’s phone number and remember them later.

A person with dementia may forget things more often and not remember them at all.

Someone in the early stages of dementia may often become confused. They may have trouble remembering faces, knowing what day or month it is, or figuring out where they are.

Confusion can occur for a number of reasons and apply to different situations. For example, they may misplace their car keys, forget what comes next in the day, or have difficulty remembering someone they recently met.

Everyone has trouble finding the right word sometimes, but a person with dementia may forget simple words or substitute inappropriate words, making sentences difficult to understand. They may also have trouble understanding others.

A person with dementia may have a hard time explaining something or finding the right words to express themselves. They may also stop in the middle of a sentence and not know how to continue.

Having a conversation with a person who has dementia can be challenging, and it may take longer than usual for them to express their thoughts or feelings.

Apathy, or listlessness, is a common sign in early dementia. A person with dementia may lose interest in hobbies or activities that they used to enjoy doing. They may not want to go out anymore or have fun.

They may also lose interest in spending time with friends and family, and they may seem emotionally flat.

Struggling to adapt to change

For someone in the early stages of dementia, the experience can cause fear. Suddenly, they can’t remember people they know or follow what others are saying. They can’t remember why they went to the store, and they get lost on the way home.

Because of this, they might crave routine and be afraid to try new experiences. Difficulty adapting to change is also a typical symptom of early dementia.

Another consequence of cognitive decline is the loss of the ability to make good decisions. For instance, a person with dementia may not be able to recognize dangerous situations. They may try to walk across a busy street without waiting until it’s safe to do so, or head outside in summer clothes when it’s snowing outside.

Another hallmark of poor judgment with dementia is the inability to use good financial judgment. Someone who was usually careful with their money may start giving money away to people or causes they hardly know

In essence, dementia is caused by damage to the nerve cells in your brain.

But dementia is not one single condition. It’s essentially an umbrella term that covers a wide range of cognitive disorders. This includes Alzheimer’s disease, which accounts for 60 to 80 percent of cases, according to the Alzheimer’s Association.

Damage to nerve cells in the brain can have many causes, including but not limited to:

NOTE: The information contained in this article is for educational and informational purposes only and is not intended as health or medical advice. Always consult a physician or other qualified health provider regarding any questions you may have about a medical condition or health objectives.