I had won my first beauty pageant when I was 2-months old: Padmalaya 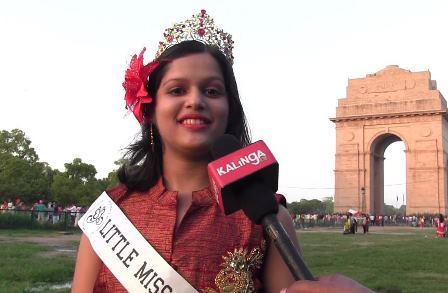 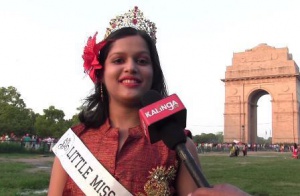 Padmalaya Nanda has done the state and the country proud by winning three titles in the Little Miss Universe-2017 beauty contest held in Batumi, Georgia recently. Nanda, a class VIII student at the Stewart School in Cuttack, competed against 15 other contestants from around the world for the title of Little Miss Universe. The 12-year-old gorgeous participant drew the attention of the juries by writing the message ‘Vasudhaiva Kutumbakam’, which means ‘The world is one family’, in English, Hindi and Sanskrit. The judges were also thrilled with her dance item with the Sambalpuri song ‘Sambalpuria Phulare’ to project the culture of Odisha.

In this an exclusive interview with Kalinga TV’s senior correspondent in New Delhi Ashutosh Raut, she speaks about her entry into the world of beauty pageants, the sponsorship she got from individuals, including Dr. Achyuta Samanta, founder of KISS & KIIT, the bitter experience she had to undergo during the international pageant and finally the joy of winning three crowns in the event.]

How does it feel to be the winner of three titles in an international event?

“I am immensely happy about my achievement. I would give the credit to the people of Odisha for their support and blessings. The crowns do not belong to me but to Odisha and India. Many people like Dr. Achyuta Samanta, founder of KISS & KIIT, Union Minister Dharmendra Pradhan and the state government have supported me financially without which I would have not come to this stage.”

What made you enter the world of pageants?

I had won the first pageant of my life when I was only two month and five-days-old.  I had also won the Johnson Baby contest when I was five month and 25-days-old. I was fond of drawing pictures of designer fashion items like gowns, skirts, blouses and so on since my childhood. All this gradually increased my interest in the pageant world.  I was selected to represent India in the world event after winning the Little Miss title at the grand finale of Junior Model International beauty pageant at Kozhikode in Kerala on April 5.  I won the titles of Miss Preteen Junior Model India, Best Ball Gown (which was designed by me) and Miss Preteen People’s Choice during the competition. 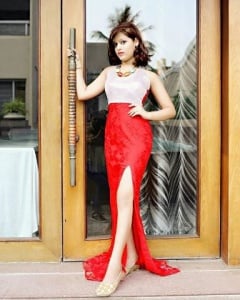 Who is your ideal in the pageant world?

I have got inspiration from many people in the pageant world. Every winner has influenced me one way or the other. But the person I follow and like the most is Pia Alonzo Wurtzbach, winner of Miss Universe 2015 from Philippines.

What is the future of beauty pageant in Odisha?

I had to struggle a lot in the initially stages. I feel the problem in Odiha is that the people are unaware about the pageant world and its competitions.  When there are more winners like me, people will certainly come to know about it and more girls will evince interest in it.

What are the challenges you had to face during the competition?

For an Asian and that too an Indian, it is too difficult to compete in any international event and to fight with the European girls, who try to block you at every step. They feel that they are the best and cannot tolerate any Indian doing better than them. Sometimes, they will demoralize you by hook or crook. For example, Miss Ukraine had hidden my crown only to demoralize me. So, any Indian participating in the event should be confident and give her 100% to outshine others.

What do you like to do during your leisure time? 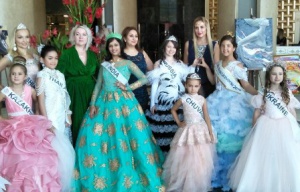 What profession do you want to be in?

Now I am only 12 and don’t know what the future holds for me. But I want to do something that will help me to promote the culture and tradition of Odisha and India.

What are the competitions you are slated to participate in the near future?

I am going to participate in two more beauty pageants – Little Miss World and Junior Model International. This apart, I also have got an invitation to take part in Prince and Princess International in Thailand.