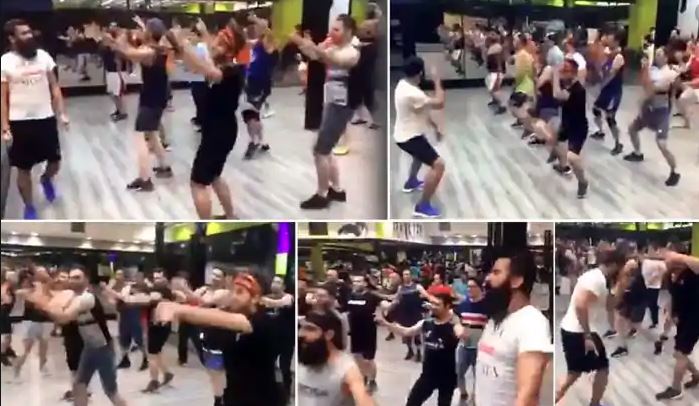 New Delhi: A group of Iranian men are winning hearts on the internet for proving that music is something which transcends boundaries. In a video that has gone viral, the men are seen dancing to Shankar Mahadevan-sung ‘Mambazhamam Mambazhamam’ from the Tamil film Pokkiri as they warm up for some exercise in the gym.

The two-minute-long video was first posted on Twitter by a user named Anu Sehgal and has since collected over 9,000 re-tweets and over 30,000 likes.

👏😄 It is a GYM in IRAN , they play this Tamil song for Warming- up ! pic.twitter.com/DTfAuGNBmp

Here is the full video 😍😍😍 pic.twitter.com/aFIG3fnS1d

Here is how the Twitteratis reacted-

Music has no language 👍

Look at them enjoying themselves. This is how it should be.

The video was also noticed by Anand Mahindra, the Chairman of Mahindra Group, who vowed to follow suit and make the dance warm-up his “new morning routine.”

Are you serious? I love it. I’m going to make it my new morning routine. Going to get out of bed, put on some Tamil music & bounce out to meet the new day! @shivithukral https://t.co/JReqG0rmQE

Over 10 injured as school van overturns in Balangir