Supported by government the tribal people of Gajapati district extract oil from flowers, leaves under this project to earn good 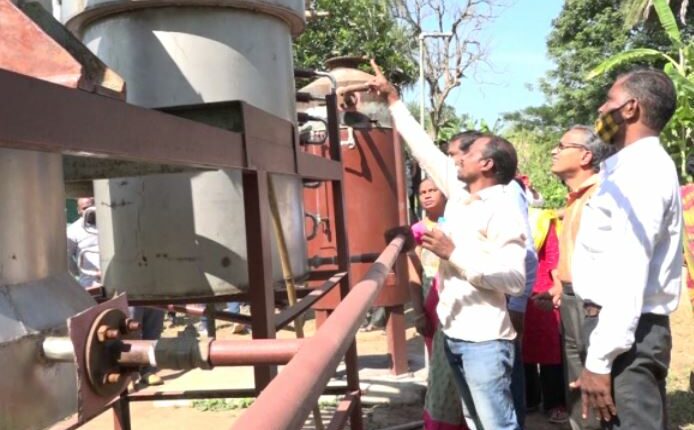 Gajapati: The Government of Odisha has taken up many projects for the development of tribal people. Mainly, projects on education and development have made them self-sufficient.

In this context the newly launched oil extraction project in Barangsingh village of this tribal dominated Gajapati distict has shown a ray of hope. They have become self-sufficient with this oil extraction project. Under this project the tribal people extract oil from flowers and leaves and sell in the market.

Barangsingh in Gumma block of Gajapati district is a tribal dominated village. Located at a remote pocket the village has shown a ray of hope to the whole district. The project was launched three months back.

The local tribal people are earning good after extracting oil from the herbal plants available on the hill under this project. They have not only become self-sufficient by this project but also the leaves and flowers which were earlier being left unused are now getting utilized. Public representatives have expressed their happiness over this and have said that they will make effort to establish such projects in other tribal dominated projects. 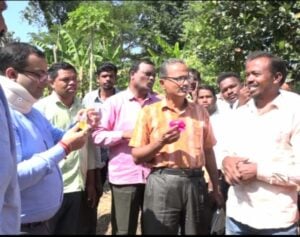 Neem, turmeric, curry leaves and eucalyptus leaves as well as rose flowers are the ingredients from where they are extracting oils under this project.   Five out of the 7 blocks of Gajapati district have been targeted for establishment of such projects in future. Efforts are being made to start such 3 to 4 projects in each of these blocks, said Gajapati Collector Lingaraj Panda.

The project has been started with support from the administration. Besides, the tribal people have been sensitized about plantation and conservation of these plants.

In the coming days such projects will be taken up in other tribal belts. They will also be given training. By this not only our forest will be conserved but also it will bring economic growth.

9 dead as coal mine in Indonesia explodes