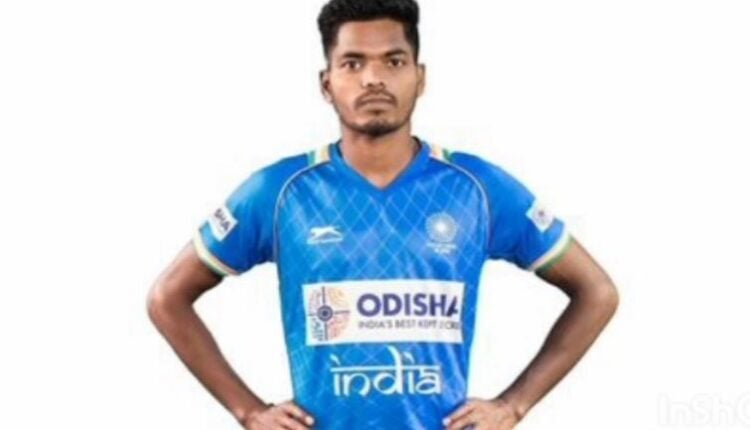 Sundergarh: The journey of International Hockey player who is the defender of Team India for the Men’s World Cup Hockey Odisha 2023 from a little known village of Sundergarh district in Odisha to World Cup hockey was full of hurdles. He used to practice Hockey with the help of bamboo stick and a ball made off torn clothes in the local field of his village along with his brother and friends. And now he is the defender of the Indian hockey team

Nilam Sanjeep Xess hails from a remote pocket in Sundergarh district. He hails from the Kadobahal village under Kuanrmunda Block.

Since childhood he was inclined to hockey. Yet, his practice was different due to lack of ample money. He used to practice with bamboo and a ball in the local field along with his brother and friends. And today he is a renowned player who is playing for Team India. Of course, according to his friends since beginning he was the best among the boys who were practising hockey together in the village.

Nilam’s father Bipin Xess is a farmer and mother is a house wife. He used to help his parents in farming.

Later, Nilam was selected for the hostel run by the Sports Department in the district level. And since then his career as a professional player began. His maternal uncle Sukru Xess says, not only his village but the whole area is proud for Nilam’s achievement.

After hearing about Nilam’s entry in Team India for the World Cup Hockey, his friends in the villages are much excited. He has become an inspiration for his friends.