Saranda Garh is the place where once a king had taken shelter to get rid of enemy attack. It has turned into a prominent tourist centre over the years 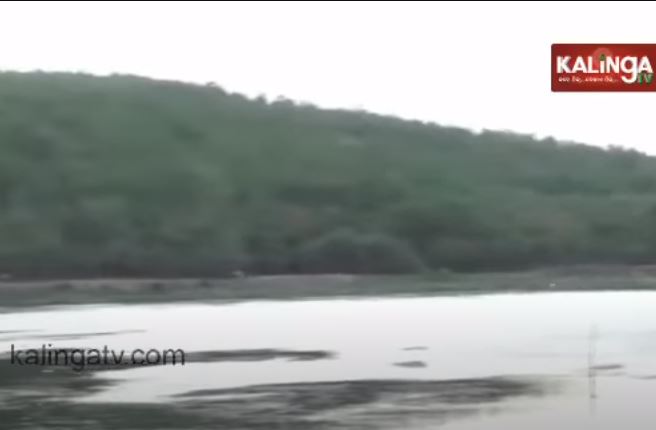 Cuttack: Saranda Garh in the Cuttack district of Odisha is a unique tourist destination as well as picnic spot. Saranda hill is situated by the side of fresh water Ansupa Lake. Located in in Banki block of Cuttack district this is famous for its unique bio diverse flora and fauna. Migratory birds from far countries flock here every year in the winter. The birds spend day time on the water of Ansupa Lake and night in the Saranda hill.

Analysing the history and philosophical aspects of Saranda hill, it has been known that ‘Saranda’ means bird. The ‘Agar’ of birds is the nest of birds. This place has become the habitat for many migratory birds. Earlier it was called Saranda and now Saranda Garh.

Saranda hill has been mentioned in the books of mythology and history. As per history, Subarna Keshari, the last king of the Keshari dynasty crossed Mahanadi and went to north after getting defeated from Ganga dynasty’s Chodaganga Dev. However, after coming across Ansupa Lake, he decided to live in Saranda hill. After drinking water of Ansupa he changed his mind and decided to live by the side of the lake. Accordingly, he also made arrangements to live on the Saranda hill. 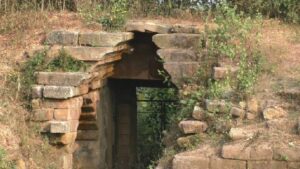 As per mythology, Devraj Indra himself came here in the incarnation of Subarna keshari. He had blessings for Ansupa Lake. Back then, the Lake side was very fertile land. It was yielding gold. Hence, it was said Subarnapur.

Subarna Keshari was living here along with his family. There was an elephant gate and through this gate the king used to visit outside. To restrain enemy attack, he had erected an arsenal to store weapons, gun powder etc. This arsenal is still there but in a dilapidated condition. Then, the revenue that the king was earning from the subjects was being kept in the ‘Kaudi Khata’. Then, Conch Shells Vintage coins were used as a currency. Hence, the ‘Kaudi Khata’ was like today’s treasury. This kaudi khata has been kept as a memento by the Tourism department.

During his last days King Subarna Keshari forgot about loss of his kingdom by enjoying the beauty of Ansupa Lake and Saranda hill. He was mesmerised by the beauty of this land.

For water the king had excavated a well on the hill. There is an interesting tale associated with this well. The well had been made in such a way that water can be collected from two places at the same time. When wife of his younger brother was collecting water from the well on the upper side, the king could still use water of the same well using the tunnel way and without seeing face of his younger brother’s wife. It was made in such a way that two persons can use water without looking at each other. That is why it was called Bhaibohu well. It is to be noted that in Odia custom, a man do not directly sees the wife of his younger brother and vice versa. This well is also a tourist attraction.

The king was helping out the kings of his friendly states by staying here. Then, he had constructed darbar hall, arsenal and special tunnel to move out if enemy would suddenly launch attack.

In these days, all these historical things are present at the spot but in a dilapidated condition. There is a watch tower on Saranda hill from where the beauty of Ansupa can be enjoyed. Hence it has received accreditation as a tourist place.

Bamboo cottages have been erected on the hill top for night stay. Yet, due to pandemic the huts got destroyed in the last two years. After a report was published in Kalinga TV,  the repair work has been finished. 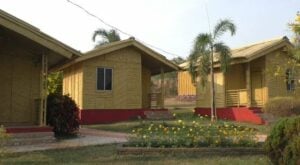 On November 23, 2013 the ecotourism was launched here under which cottages were made. The cottages are made off imported bamboos. There are two rooms in each of this bamboo cottages.

Online booking for this cottages are available. Before the pandemic the price for each cottage was Rs 3714. However, during pandemic as these cottages were closed for long days, it was ruined. And presently after repair the news price is Rs 3860 per cottage. It was informed by the Forest Ranger of Athagarh. The package also includes morning snacks, lunch and dinner.

Normally, this place gets crowded during December end. Tourists have demanded better security arrangement, besides drinking water and lighting at this place.

The entry fee of the Park at the hill top is Rs 20 per visitor. Women SHGs have been given charge of this.

New project proposals have been given to the State government for development of this place as a tourist destination, said the Sub Collector in Banki.

Saranda Garh is the place where once a king had taken shelter to get rid of enemy attack. It has turned into a prominent tourist centre over the years.