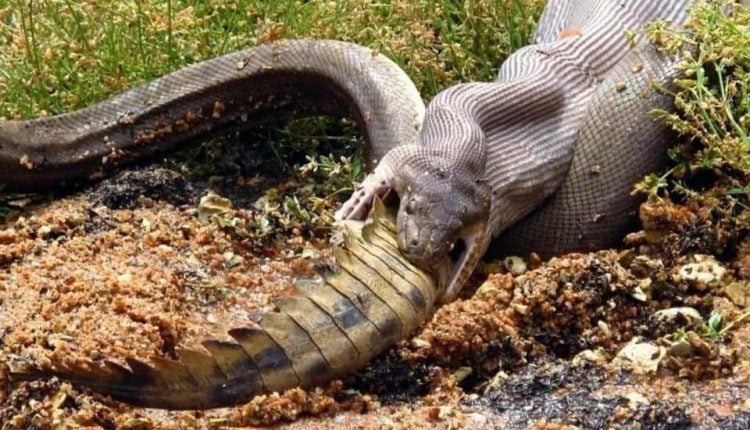 New Delhi: In a hair-raising incident, a man captured images of a python swallowing a crocodile after an epic battle. Identified as an olive python, the reptile overpowered a freshwater crocodile and finally swallowed it completely.

The entire fight was captured in a series of horrifying pictures. The gruesome images, which were originally posted on Facebook by GG Wildlife Rescue, are now being shared across various social media platforms.

Posted on June 1, these “SSSSssssssssensational” images have created a stir among people. Till now, the post has amassed more than 21,000 comments, about 42,000 shares, and over 20,000 likes.

The images show the snake and the crocodile in fighting positions. And, the epic fight between both the reptile ends when the snake completely swallows the crocodile. 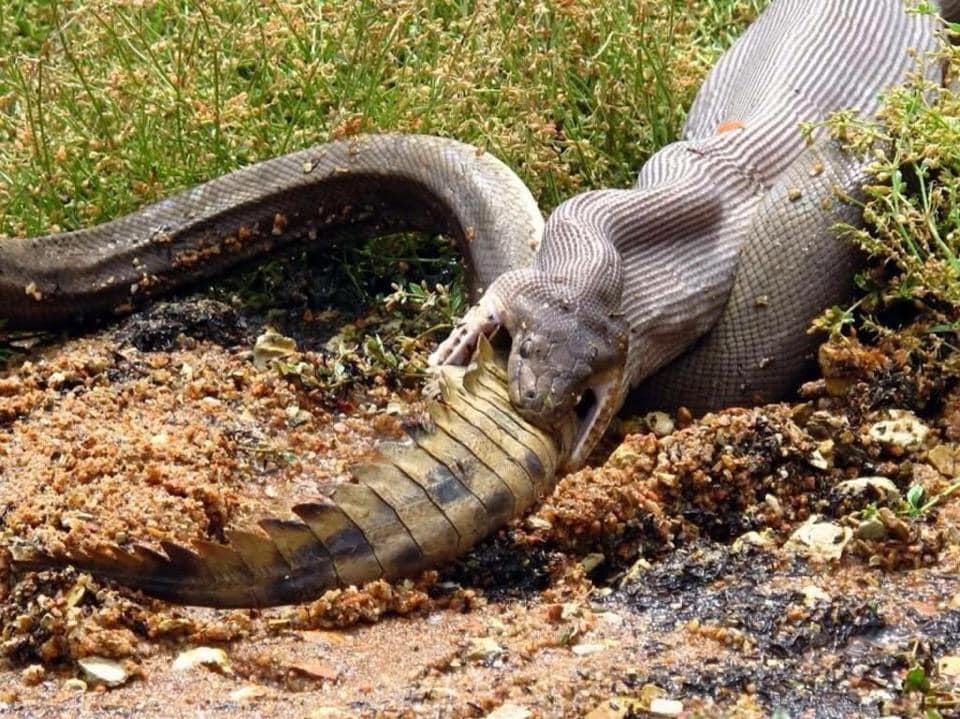 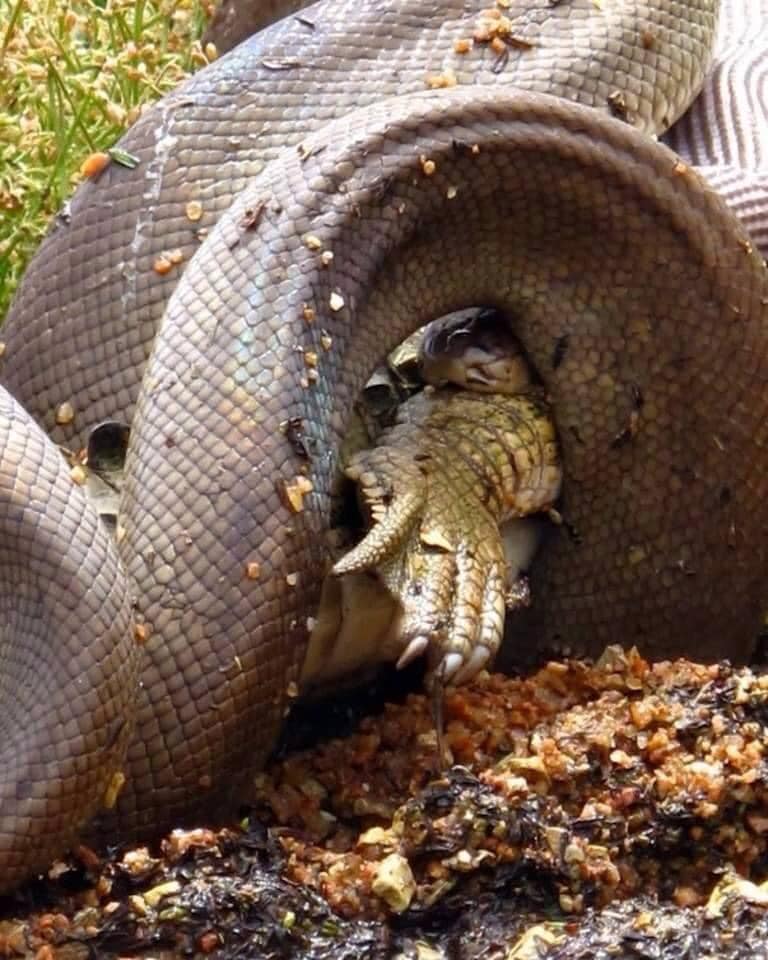 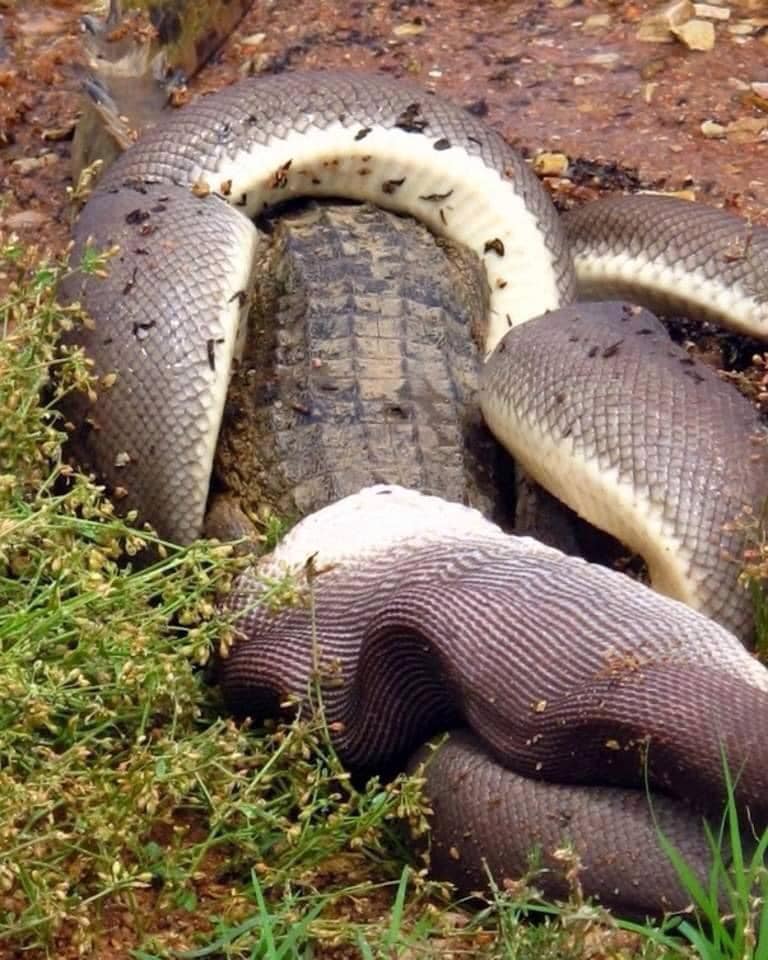 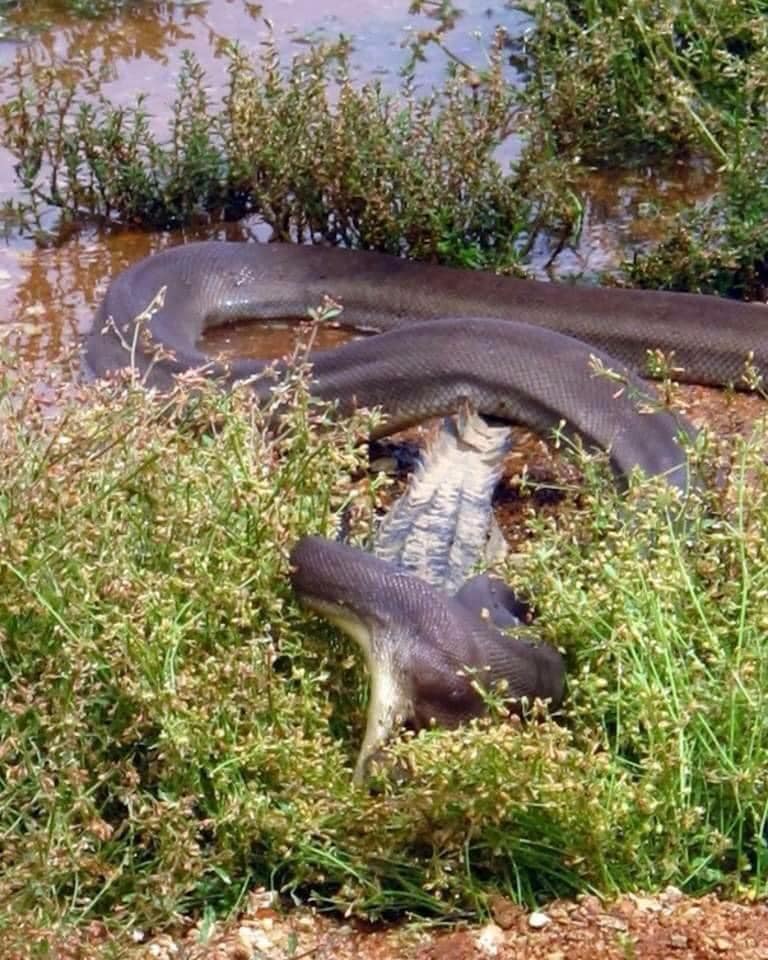 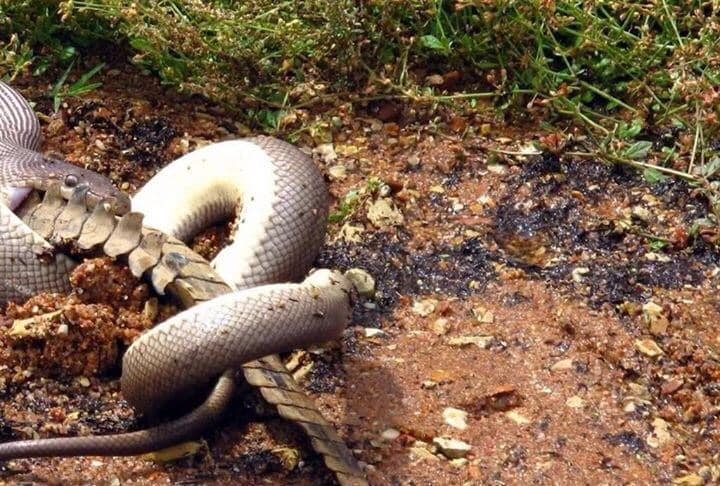 Noteworthy, Pythons suffocate their prey by coiling around them. They are known to swallow prey much larger than their own size as they have extremely flexible jaws.

Lesser Known Benefits Of Ear Piercings. Read On To Find Out