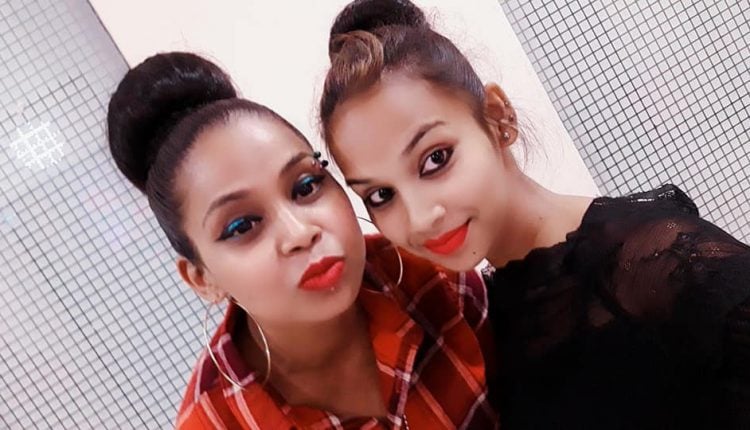 Pooja also lived in South Africa for approximately one year to run her dance school where she taught dance styles of India including Odissi.  Kalinga TV portal charted to the talented choreographer and dancer to know more about dance as well as her achievements.

Pooja initiated her journey when she was merely three years old. For the first time, she danced before Lord Jagannath in a concert at the Grand Trunk road of Puri after the Bahuda Yatra.

“Later, I got an opportunity to dance in the Odia film ‘Bhuli Huena’,” she said.

“I learned Odissi dance from Guru Niranjan Rout at the Rajdhani Kala Sansad in Bhubaneswar. Along with the other three girls, I was selected from this institution to dance in the number ‘Akashare kete tara se ta gani huena’,” Pooja added.

While Pooja is known as an energetic dancer and strict dance master in the Odia film industry she also is a proficient Odissi dancer. “I learned Odissi dance at SRJAN Odissi Dance Academy founded by legendary Odissi Guru and maestro Sri Kelu Charan Mohapatra. I received training for six years under the aegis of Guru Ratikant Mohapatra, son of Kelu sir. I have participated in a number of shows in different states through this institution,” she said.

So what is the specialty of Pooja in Odissi dance? She said, “Although I am good in mangalacharana, batu and abhinaya the last one is my favourite. I have performed in different choreographs including ‘Geeta Govinda’.”

When it comes to western dance style Pooja is a proficient dancer. “Although I have learned many western steps at my own my mentor is Amir Pati sir, who is also the guide of many successful choreographers of present-day Odisa films.”

The choreographer knows all the western styles including hip-hop, contemporary, Bollywood, locking and popping while Bollywood style is her favourite.  “If I am new to a dance style I learn it from YouTube,” she intimated.

Nayagarh: Class IX student makes e-cycle that can run up to…

Pooja has worked either as a dancer or dance assistant in numerous Odia films including ‘Kie Kahara’, ‘Pabitra Bandhana’, ‘Singha Bahini’ and ‘Mana Rahigala Tumari Thare’.

“I have put tough effort to learn dance. In 1994 I used to practice at 3 am to the tracks played in a Panasonic tape recorder. Back then we often faced ‘low voltage power’ issue. The tempo of a song played in a tape recorder decreases if the voltage is low. Resultantly one can’t practice in the proper tempo. Hence, my brother used to wake me at 3 am for practice since back then only in the wee hour the voltage would be proper.”

Pooja has performed in many countries. “I have danced in the group in many foreign countries. The Odia societies there arrange such functions and invite us to perform. I was also lucky to stay in South Africa for a long stint of 9 months to teach dance. There people frequently change life partner. And precarious thing is that males don’t hesitate much to propose a girl. I have a bitter experience too. During my return journey when I was clearing the immigration formalities a South African man (a stranger to me) came to me and without any hesitation asked whether I would like to marry him. I got frightened.”

The youngster has danced in a number of awards shows in different states. She said, “I got a chance to share the stage with many Bollywood actors. In Barabati stadium Karishma Kapoor had come to perform when I danced in the group under known choreographer Babu Bhai of Cuttack. Also, in an award function in Kolkata Amitabh Bachchan performed on the stage where I was also a dancer.”

Daughter of Sukanti and Narendranath Behera of Bhubaneswar, Pooja passed HSC from Unit I Girls’ High School and then completed graduation from Maharishi Women’s College in Bhubaneswar. She married Ajay and the couple has a daughter named ‘Titli’ beside another adopted one named Monalisa. Manas is the elder brother of Pooja.”

My father resembles a lot like Mithoon da (actor), says Pooja. “He is a good dancer but has mostly worked as a writer and lyricist for plays. I am her pampered girl who wanted me to bring up as a boy child. He is my best friend,” she added.

“Being a dancer my father wanted me to learn western styles while my mother wanted me to see me as an Odissi dancer and so I learned both to woo both of them. My brother supports me a lot. Even my hubby has always stood by my side. And choreographer Biddu sir has also supported me a lot,” she intimated.