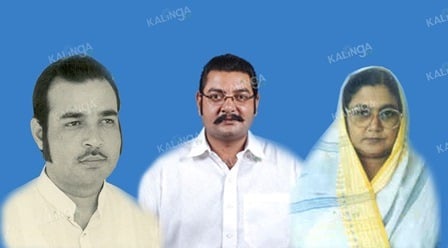 Senior BJD leader Pratap Deb, who filed his nomination as the BJD candidate for the Rajya Sabha by-poll today, is all set to become the third Parliamentarian from his family.

Pratap Deb’s father Late Sarat Deb had represented Kendrapara constituency in the 8th Lok Sabha. His mother Sushree Devi was a member in Rajya Sabha from 2002 to 2008.

Like him, his parents have also been elected to the State Assembly from Aul constituency. While his father Sarat Deb was the MLA from this constituency for four consecutive terms beginning 1971, his mother Sushree Devi was elected as an MLA in 1990.