Odisha: Safety of this poor & homeless girl in risk: Watch

Since the 7 year old girl & her old mother don’t have a house, they execute all private household chores including changing of dress in public place. If things continue like this, safety problem will arise with the growth of the girl 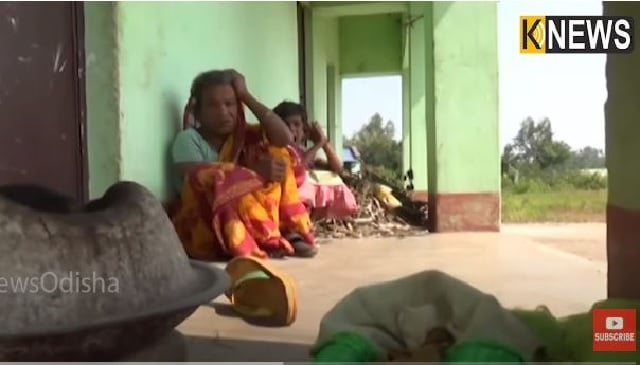 Keeping in view the rate of crimes in the State and country, safety of this poor, minor and homeless girl is in risk. Now, the girl has not attained the major age. Hence, the girl and her old mother are managing in the veranda of neighbours. Yet, with the growth of age, this affair will be a risky one.

After knowing about the situation of this mother-daughter our Begunia Reporter Durga Prasad Das visited their place and interacted with them and the villagers. Here is the report.

This helpless and homeless mother-daughter is from Gudumu village under Durgapur Panchayat in Begunia area of Khordha district in Odisha. The old woman has been identified as Lima Maharana and her minor seven year old daughter is Laxmipriya. Tale of these two is not less than the plot of a film.

Two years back Lima’s husband passed away. He was a daily wage labourer. Since then the woman and her 7 year old daughter are struggling to earn two times’ meal. She begs for alms and whatever she gets, the two manage with that. 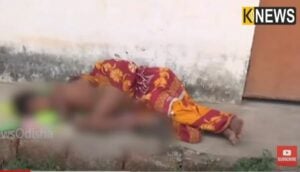 While this is a big problem, another major issue is — the two don’t have a house to live, neither own nor rented. Hence, they spend nights in the veranda of others. All the private chores including changing of dresses etc. of both the mother and daughter are executed at that public place. Since they are very poor there are not a number of dresses of the girl. Hence, at times she does not get anything to wear which is no doubt a big risk.

Earlier some noble youths of the village had arranged a government room for this mother-daughter. However, for any unknown reason they could not keep that room for this duo for long. Hence, now the two do not have a permanent address. They are taking shelter in others’ veranda where they cook food and sleep in the night.

When the old woman’s husband was alive, the family was living in a rented house in the village. After his death, as the woman could not give money, the house owner denied them the house.

Importantly, this minor girl is not the biological daughter of this couple. They had adopted her after getting her thrown somewhere. And two years back the husband passed away.

Another point to be noted is that the Zilla Parishad Member and Block vice chairman belong to this village. Hence, we can expect that they know about condition of this mother-daughter. However, they are yet to do something to provide a house under some government scheme or making arrangement for food. And if saying of some people are to be believed, they have brought funds in the names of these helpless duo, but yet to hand it over to the real beneficiaries. After knowing about all these, our reporter talked to the BDO. He has assured that he would take some necessary steps in this regard soon.

On the other hand, the villagers along with the Sarpanch have demanded settlement of this mother-daughter through this report.