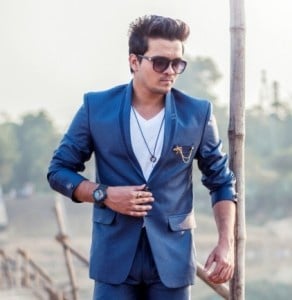 Like most of the Indian middle class families, his parents wanted their son to earn a professional degree and get a prestigious job to lead a dignified life. To fulfill his parents’ wishes, he completed B.Tech in Mechanical Engineering from Institute Of Technical Education and Research (ITER), Bhubaneswar.

During his degree period his goal of life has changed. He was more inclined to music and drama. He even quit his job in a steel plant to chase his dream — to rock the bollywood. Yes, we are talking about our very own Odia boy- the tall and good looking Amrit Chatterjee.

Born in Odisha’s steel city Rourkela, Amrit has been brilliant in academics, sports and other extracurricular activities throughout his student career. He earned many accolades in and around state for his outstanding performance in different field.  He tried for MTV Roadies to be in a reality show when he was in his 2ndyear of B.Tech. Though he was not selected, he won the hearts of judges and millions of viewers.

Amrit then enrolled into Whistling Woods International School to complete his MBA and PG in Media, entertainment and communication, where his hidden talent blossomed. A topper of his batch, Amrit actively participated in dancing, acting, mimicry, hosting events and what not.

He got an opportunity to work with with A.R.Rahman’s company Qyuki as an editor and executive producer. He also acted in an OLA TVC ad. Not surprisingly, he got   featured in Wooplr magazine 2015 as upcoming fashion icon and trendsetter of India on 1st January 2015. 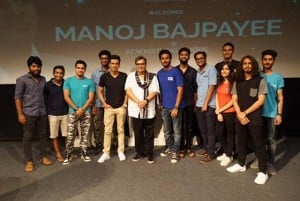 The multitalented Amrit has two music videos under his belt as the Lead Actor.  “This is my 3rd music video titled Zindagi Mujhe Pukare. This is an original song and composition by Whistling Woods Alumni Siddhant Mishra, directed by Saurav Dash-my batchmate. So, the director-actor-singer: all are from Odisha. The Lead actress Shivani Jaiswal is also from Whistling Woods. This song depicts passion and love for what you do. It says no matter what, you get rejected in life, keep following your heart and believe in yourself and love the ones who support you. The video is loosely based on it,” he informs.

“Whether it was hosting events, walking on ramps, dancing on stage, doing drama, I lived as a performer. I wanted to be the King of People’ hearts just like Shahrukh Khan,” Amrit says. “I want to be the first superstar from Odisha to make it big in Bollywood.”