Titled ‘Aekalavya 2019’ the fest witnessed a number of solo and group dance recitations at the Victoria theatre of Singapore on April 13.

Aekalavya 2019 was mainly a concert of dance while it also had a few folk performances from Odisha, Mohiniaattam and musical rendition.  It was the annual dance event of LASYAKALA.

In the concert noted classical dancers and Gurus including Padmashree Dr. Ileana Citaristi, Sasmita Pal and Saswat Joshi enthralled the audience with their gracious dance steps. More than 500 dance lovers witnessed the mesmerizing dance performances at the auditorium. 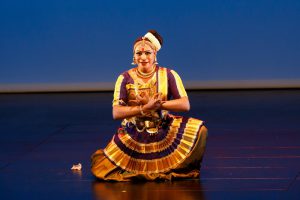 The event also included a folk duet by Sasmita Pal and Saswat Joshi and a Mohiniaattam solo by Singaporean artist Maalika Panicker which added glamour to the evening.

The event started with the theme ‘Ekadasa Rudra’, a jugalbandi of music and dance by famous singer Antara Chakrabarty and Saswat Joshi while team Lasyakala presented ‘Nachanti Range Shri Hari’. Also, Ollywood diva Anubha Sourya was seen in one of the performances where she essayed the role of Radha. The last performance in the dance extravaganza was a medley performed by GDPN artists.

Padma Bibhushan Dr. Raghunath Mohapatra graced the occasion as the Chief Guest along with Guests of Honour Mr. Ninad S. Deshpande (Deputy High Commissioner of Embassy of India in Singapore) and Ms. Vitalba Gammicchia (Commercial Attaché to the Embassy of Italy in Singapore). 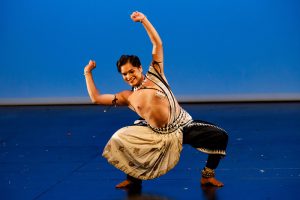 The first edition of ‘Cultural Chroma’, a magazine aimed at promoting Indian art, dance and culture, edited by Dr Sandeep N Kundu of the National University of Singapore was launched on this occasion.

In the concert, Mallika Panicker, Sasmita Pal and Shallu Jindal were felicitated with the ‘Aekalavya Award 2019’ for their contribution towards Indian classical dance and culture.

The event also included an exhibition where Odisha’s traditionally woven silk and cotton Sambalpuri garments by designer Suchitra Dash were being exhibited. Thespian Dr Uma Rajan, who was one of the first chartered members of the National Art Council of Singapore, addressed the audience on this occasion and said, “Aekalavya season 11 expanded the horizon of Indian classical dance in Singapore through robust Odissi dance performances in front of the Singaporean Indian diaspora who were earlier mostly familiar with Bharatanatyam and Kathak.”