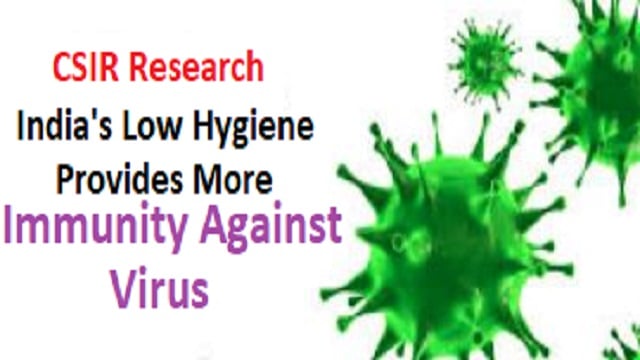 Bhubaneswar: Scientists of Centre for Scientific and Industrial Research (CSIR) have submitted astonishing research facts which state that people dwelling in areas with low sanitation faced low mortality rate on being infected with Coronavirus.

According to the scientists, diseases spread through parasitic and bacterial infections are more in the countries with lower-medium economy. As a result of which the bodies of people belonging to these countries become more immune towards such diseases in the future.

This phenomenon has been named as Immune Hypothesis by the Scientists. This can also be termed as Immune Training. Bodies of people who have gone through this process are less prone to Covid deaths.

India’s status in this regard is as such:

According to researchers this can be better understood by Case Fatility Rate (CFR). CFR is the death rate due to a pandemic. The socially and economically backward state Bihar has witnessed 0.5% mortality rate, which is the one-third of the country’s mortality rate 1.5%.

Researches have concluded that well developed states like Maharashtra, Gujarat and Punjab have showed mortality rate of more than 2%.

According to the researchers this data has been concluded from the study of water quality, cleanliness, sanitation and the death rate per 10 Lakh Corona infected.