Balangir: Many villages in the Turekela block of Balangir district in Odisha have been gripped with kidney ailments. In the Sandhibahali village under Mahakhand panchayat in Turekela block, the villagers are worried over chronic kidney ailments. Importantly, about 10 to 12 people of the village have died of kidney disease in last one year. Besides, many others have been affected with the deadly disease and struggling for life. Kalinga TV Digital comes up with ground zero report.

As per reports, in this village last year also more than 10 people had died of kidney diseases. As of now about 15 people of the village are under treatment after being affected by kidney ailments. Out of them condition of some are very critical. They don’t have money for treatment. It seems, as if many patients are waiting to die. Sans any big step by the health department the villagers have depended on the age-old herbal treatment. 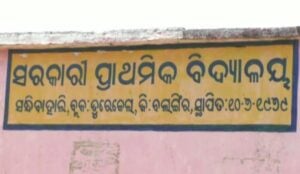 While the reason of this chronic disease is yet to be ascertained, the villagers have suspected that the polluted water of the tube well has contributed much towards the kidney ailments.  They have alleged that the administration is yet to take any strong step to meet this situation.

The panchayat is situated at a distance of 110 km from the district head quarter. Due to lack of awareness and sensitization in these boarder villages of the district people are dying, some intellectuals suggested. Some others have opined that since the percentage of fluoride is more in the tube well water, the kidney disease is getting augmented. 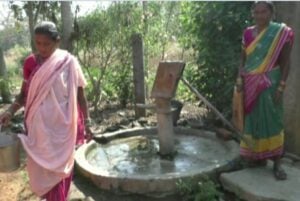 The locals have requested the Health Department to eradicate the disease. Turekela BDO has said that after knowing about it a team of the Rural Water Supply and Sanitation department visited the village and collected the contaminated water sample.

On the other hand, the medical officer of Turekela Community Health Centre does not know about the kidney disease in the village. He said that a team of doctors will be sent to the village for health check-up. The water will also be tested while a team of experts will also be sent. The critical patients will be shifted to the Balangir head quarter hospital. However, the locals have demanded that strong steps should be taken towards permanent solution of this health menace.