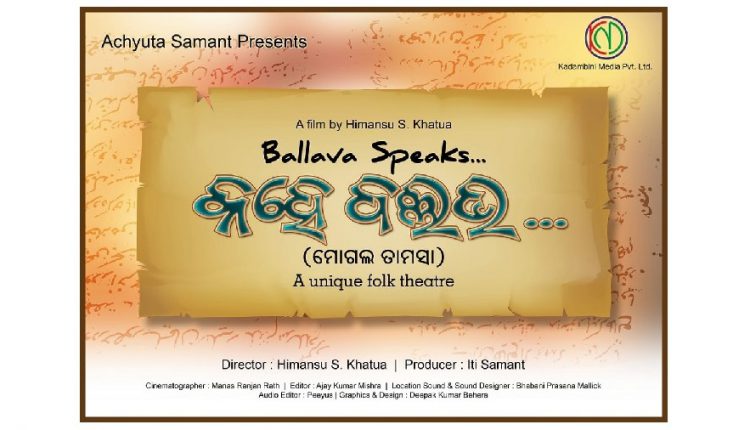 Utkal is the ancient name of the State of Odisha. The region was rich with art and culture and hence the name. Many folk art forms of Odisha such as Paalaa, Daskathia etc. have earned fame so far. And among all these art forms ‘Moghul Tamsa’ is a unique one. The art form is an effort to endorse communal harmony.

The theatre art form ‘Moghul Tamasa’ originated in the eighteenth century in the then Bhadrak area. Located by the side of the sea the area is a gateway for the foreigners to visit Odisha. Accordingly, many Afghans, Moghuls and Marathas had come down here long ago. That is the reason we can see the reflection of Moghuls in this art form.

Playwright Banshi Ballav Goswami is said to be the originator of ‘Moghul Tamasa’. Communal harmony is the objective behind creation of this theatre art. Satire is the main element in composition of the Moghul Tamasa plays. In this art form the artists dance, sing and act to make the audience laugh. Persian, Urdu, Hindi, Bengali and Odia are the languages used in the songs and dialogues.

Manas Rath is the cinematographer of the film while it has been edited by Ajay Mishra. The film has been directed by national award winning director Himansu Sekhar Khatua.

Presented by Dr. Achyuta Samanta ‘Kahe Ballava’ is produced by Dr. Iti Samanta. The film has been made by Kadambini Media that has also produced award winning feature films like ‘Kathantara’ and ‘Krantidhara’.

‘Kahe Ballava’ is an initiative to uphold the dying art form ‘Moghul Tamasa’. Script of the film has been written after consulting a number of experts associated with this art form. It is a researched film by the director. The special jury award of the Odisha State Film Awards is another precious recognition to ‘Kahe Ballava’.