The just concluded global climate summit COP 24 finalises a rulebook for implementation of the Paris Climate Accord that calls for keeping the global temperature rise to much below 2 deg C. Among many actions needed to achieve this, protection of mangroves plays an important role. But unfortunately, these valuable cover across the shoreline in Odisha is being destroyed in the name of development 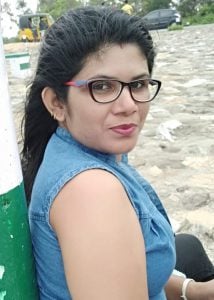 Mangrove forests are productive ecosystems that offer services to the marine environment and coastal communities. They act as shields and protect the habitations from oceanic cyclones, sea erosion, and sea surge. But unfortunately, this valuable cover across the shoreline is being destroyed in the name of development activities. Take for example some current developments in Odisha coasts. Several hectares of mangrove forests are under threat to pave way for the soon-to-start Paradip Port expansion and other development activities to be taken up under Sagarmala Project, an ambitious plan of Government of India to tap the potential of waterways and coastline. The move has drawn severe flak not only from the environmentalists and climatologists but from the local inhabitants including fisherfolk.

Environmentalists are of the view that Sagarmala, the multi-billion crore project would not only cause serious damage to the coastal ecosystems but has wider ecological consequences with the cleansing of mangroves from vast swathes of land.

The coastal communities, who are fully aware of the importance of mangroves for human existence and trying to regenerate the degraded plants, oppose the developmental project that would affect the species and the overall coastal ecosystem. Nuagaon village under Kandira panchayat of Rajnagar block in Kendrapara district is one such village where the inhabitants have developed mangrove forest on over 15 acres of land owned by villagers.

According to village chief Akshay Samal,  a survivor of Super Cyclone 1999 that claimed nearly 10,000  lives (according to an unofficial estimation it was more than 30,000), “We have already seen how thousands were swept away by high tides triggered by  Super Cyclone in Erasama block of Jagatsinghpur district. The coastal region was stripped of their dense mangrove covers that caused the fatalities. However, the damage was less in some regions as they were protected by mangrove forests.”

“It prompted us to create a natural shield against cyclone and storm surges. Each of the 40 households of the village gave away their unused private land for the creation of mangroves along the coast. Now the trees and shrubs have reached the height of about 7-8 ft.”

“We formed a 20-member village committee to protect the plantation site from cattle and human intervention. The team members also work to create awareness in the region to protect the existing mangroves,” said Samal.

Biraja Prasad Pati, a social activist, who is instrumental in mobilising the villagers of Nuagaon to create mangroves, expressed deep concern over the destruction of the mangrove ecosystem in the name of development projects and human intervention. He said apart from working as a cyclone resistant, mangrove offers livelihood opportunities to many. The trees and shrubs provide them food, fodder, clean water, raw materials for housing and firewood.

Narrating the utility of mangrove ecosystem, he said, “While natural mangrove forest is rich in plant and animal diversity, it is not less in artificially grown forests. The trees are not even fully grown at Nuagaon site but more than 35 bird species including migratory birds like whistling duck, bar-headed goose and plovers can be seen in this area. Different types of snakes (including a python), fishes, shrimps, and crabs are also sighted there. This mangrove patch has played a role in checking the cases of human-crocodile conflict by offering shelter to the reptiles that often stray into the village from river Hansua.”

“The story of Nuagaon has inspired several neighbouring villages like Balarampur and Jagannathpur to plant mangrove trees and look after their conservation. Villagers of Balarampur and Jagannathpur are planning to plant mangrove shrubs on patches of land in their villages along the coast,” said Aliala Bal, a green activist of the locality who works for restoration of coastal ecosystems.

Opposing the Centre’s Sagarmala project which aimed at the construction of shipping corridor at 20 nautical miles close to territorial waters, Odisha Traditional Fish Workers’ Union (OTFWU) General Secretary K Alleya during a press meet recently had said the project would destroy the marine ecosystem of the locality. It would damage the environment of coastal belts and affect the livelihood of lakhs of fishermen in the state. Fishermen will not be able to fish in the deep sea once the project is complete, he added.

Assistant Conservator of Forests, Mahakalpara Range (Kendrapara district), Bijay Kumar Parida, maintained that apart from developmental projects, encroachment by the villagers (for homestead and agriculture land) and setting up of prawn gherries cause massive damage to the mangroves and the coastal ecosystems. The forest department is taking measures for the eviction of encroached land and to enhance mangrove cover. It is satisfying that several villages have taken up initiatives to create and regenerate mangroves and the government-sponsored eco-development committees work brilliantly to promote the endeavour, he added.

“Paradip was once a mangrove swamp, used largely by locals for hunting, fishing, and firewood. But a major part of that cover paved way for the establishment of Paradip Port in the 1960s. Soon after, the impact of destruction was felt. Though the state was hit by cyclones and storms earlier, it was severe in 1967, a couple of years after perishing of cyclone resistant species,” said Asish Senapati, a press reporter who tracks the coastal erosion and related issues of the locality.

He claimed the villages that had mangrove cover suffered less than the ones that didn’t have. “Erasama had to pay a heavy price for the mangrove loss, while several places of Odisha and Tamil Nadu escaped the trail of destructions during Tsunami and Super cyclone due to dense mangrove cover.”

He flayed the short-sightedness of the authorities involved in port expansion project under Sagarmala. He also came down heavily on the coastal highway plan that has been finalised without proper study to assess the ecological impact.

Prasad K Dash, a botanist of Odisha Biodiversity Board, said, “The intricate network of mangrove roots help to reduce the intensity of high tidal waves. Besides, mangroves have a mechanism of multiple channels, so, when tidal waves with high-intensity ingress into mangroves, they get distributed into several routes. This reduces the rate of soil erosion and offers shields to the coastal communities against tidal waves. It also checks the wind velocity thwarting the effect of tropical storms.

Nature has a three-layered mechanism to reduce sea rise and storm. The first line of defense is Psammophytes, which reduce the velocity of tidal waves on the sand-dunes along the coast. The second line of defense is casuarinas and then comes mangroves, which spreads up to a distance till which the tidal waves can reach and thus protect the mainland from sea erosion.

Pointing out to the rich diversity of mangroves in Odisha, he said, “The state is often referred to as a biological paradise for mangroves. Large brackish water bodies and complex network of tidal creeks and canals feature the mangrove wetlands of Odisha. Though in the country, Sunderban has a large area – about 2700 sq km – it has only 52 varieties of the species, whereas Odisha has only 219 sq km of the unique forest, but the species diversity is 62.

Mangroves form the foundation of a highly productive and biologically rich ecosystem which provides a home and feeding ground for a wide range of species of planktons, snails, fishes, shrimps, seashells and even insects, many of which are endangered. The shallow waters of the Bay of Bengal, the existence of multiple deltas and river mouths form a conducive atmosphere for the growth of mangroves.

The places where fresh water intrusion is regular are conducive for mangrove growth. Emphasising on the natural regeneration of the species, the botanist said it is important to identify sites where mangroves can grow naturally and initiate steps to promote the growth there.

Climate crusader Ranjan Panda said, “Mangroves help us in both in mitigating climate change and adapting to its impacts.  However, our planners still don’t pay them the due importance they deserve.  Our climate actions have been too artificial ‘seawall’ centric while in reality, natural solutions are cost-effective and sustainable.  They come with multiple values for the communities and ecology.  It’s time the government came forward to preserve and restore the mangrove ecosystems. Any further delay would not only mean a huge loss of livelihood of a large number of coastal communities but also make us more vulnerable to devastations caused by the increasing number of cyclones caused due to climate change.”

The increased awareness among the local communities about the unique forest is a welcome move.

Apart from acting as a natural barrier to check the impact of sea rise and tidal waves, mangroves play a significant role in absorbing the toxic carbon responsible for global warming, Panda said. Referring to a study report he added that mangroves sequester about 1,000 tonnes of carbon per hectare for over thousands of years. Such carbon sinks are called the blue carbon ecosystems, Panda said, adding, degraded blue carbon ecosystems can shift from being a carbon sink to a carbon source. That means the chopped off mangroves can release the carbon dioxide (CO2) back to the atmosphere causing more climate change.

It is estimated that the world may lose all its vital mangrove ecosystems in just a century’s time if the current rate of degradation continues, he warned.

The author is a climate and human interest storyteller.

Jammu and Kashmir comes under President’s rule from midnight