“I want to create the magic behind the camera”: Cinematographer Manoj Kumar Khatoi

In his exclusive interview with Kalinga TV, noted Odia cinematographer Manoj Kumar Khatoi who has worked in several Bollywood projects explains how it feels to be behind the lense and play the vital role. Manoj Kumar Khatoi is the man behind the lens for many successful Bollywood and International projects. A resident of Konark, Odisha he took a completely different toll on life when he decided to opt for a career in show-biz industry.

Living far from home he completed his education in filmography from Film and Television Institute of Odisha, Cuttack and moved to Mumbai with an aspiration to become a Bollywood cinematographer.

Khatoi has worked in movies like Notebook, JawaniJaneman, Budhia Singh, Mitron, etc as a director of photography, and as an associate cinematographer in Talash, Fukrey, Don, AjaNachle and Miss Lovely. He has also worked as a second unit cinematographer in the block buster SRK’s movie ‘Raees.’ Besides, he has also worked in Netflix series, Finding Anamika starring Madhuri Dixit and Mismatched 2 featuring Prajakta Kohli and Rohit Saraf.

Kalinga TV talked to the cinematographer on telephone. Excerpts:

How did you start the professional career as a cinematographer? 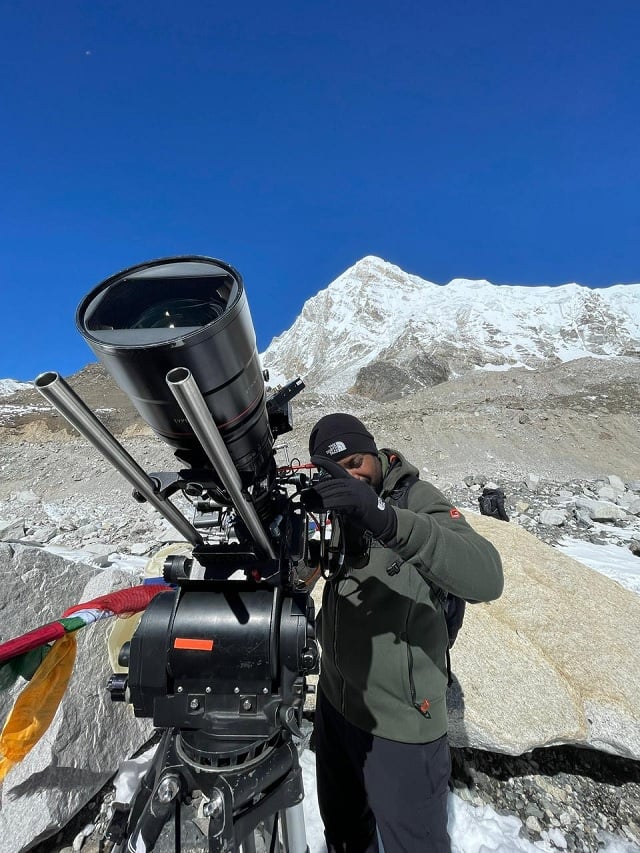 How is initial days’ experience in Mumbai?

Mumbai film industry was then not very open to new-comers and someone from Odisha getting a chance to work with some senior cinematographers is very difficult, as so many people are already in the race. So, it took quite a long time to find a nice mentor to begin my career. The beginning was quite a tough journey but I enjoyed it thoroughly.

When did you get your first opportunity and with whom?

In the initial days I did whatever I work I got as a cinematographer. I worked as operative cameraman and focus puller in some commercials in between 2006 to 2010 when I got a break. I got opportunity to assist KU Mohanan. I worked as an assistant cameraman under him in many films such as SRK’s Don-1, Talaash, Raees, etc. Soon I became his fan and he became my mentor.

Apart from him, I have also worked with cinematographer Binod Pradhan, who is famous for celebrity commercials.

Later, in 2010, I worked in ‘Dil Patang,’ which unfortunately never released. The film starred Puranjit Dasgupta, popularly known by his stage name Mantra Mugdh, in the lead role.

And experience of working as cinematographer?

I am the cinematographer of ‘JawaniJaneman’, ‘Notebook’, ‘Budhia Singh’, ‘The Silence’ (Malalyam), ‘Mitron’. Shahrukh Khan’s ‘Raees’, however, is where almost 40% of the movie is shot by me. For example; the fight sequences, the zalima song and the item song.

I have also finished the shooting for Netflix series ‘Finding Anamika’ featuring Madhuri Dixit. It is produced by Karan Johar.

Apart from that, I completed another Netflix series I completed recently was Mismatched 2.

Currently I am working on OONCHAI featuring Amitabh Bachchan, AnupamKher, Dany Denzopa, Parineeti Chopra, and others. 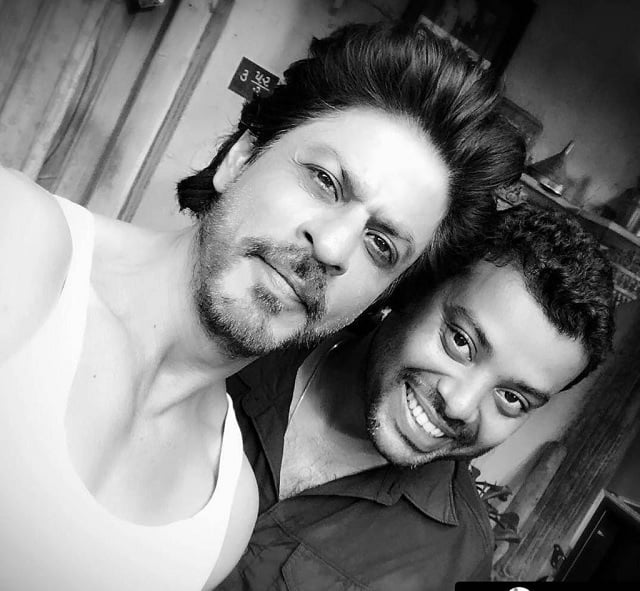 Is anybody else from your family working in the entertainment industry?

My brother is trying to do something as a cinematographer and he is trying his best. He is a beginner and has not entered films yet but has been making quite a few commercials.

Any remarkable work experience with any actor or actress?

I remember my first independent advertisement in Dubai, it featured Shah Rukh Khan. This was quite a big commercial, and by then I had only worked as an assistant before. This was my first independent work with such a huge star, so I started off very nervous. So, SRK came to me and hugged me and said, “Manoj Don’t worry, you are already a pro and I know that, so don’t worry and just do your job’ and that one hug from him changed my mind and made me realize that people are accepting me and there is nothing to worry about.”

Any memorable experience with any Bollywood diva?

I have worked with actresses like Madhuri, Kajol and none other than Aishwaria Ray. They never throw big tantrums and it feels very comfortable to work with them.

Overall I feel as long as your work is perfect and you know how to balance your angles in co-ordination with actresses things go smooth professionally. Is there any actor who has always kept a strong opinion on your work?

Irrfan Khan. He always encouraged me; he would look at my work and say, “Manoj how do you do that, all the colors and everything looks so amazing.” Whenever he asks if the camera is ready I would always be well prepared. Later on he would also appreciate my effort and say, “OkManoj, let’s finish fast.” 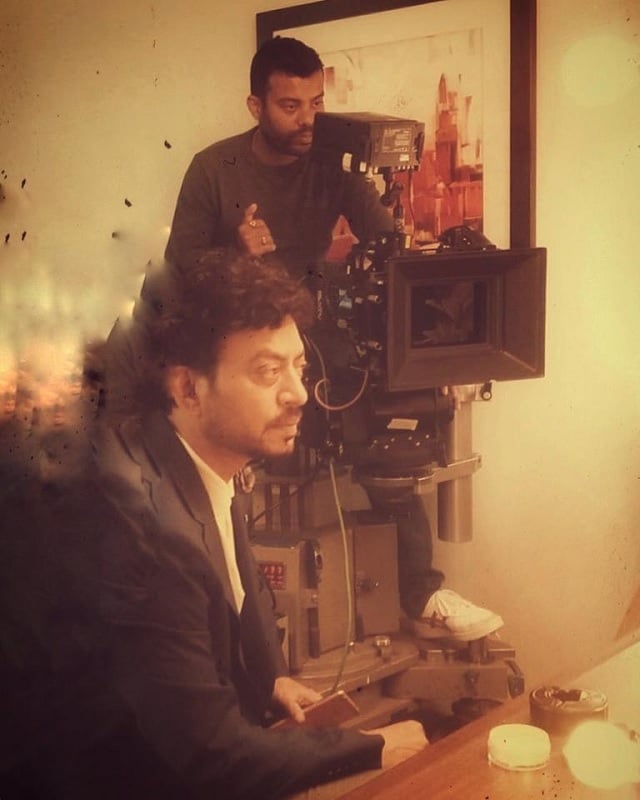 How did you manage during the Lockdown days?

When the pandemic started I was already in the middle of shooting “Finding Anamika.” The project got stopped because of the whole situation. But somehow I think the pandemic has given me so many blessings because, firstly I got to stay with my parents after so long for more than 2 and half months. And that gave me the best time with my family in a very long time. Secondly, I got an offer from BBC to do a documentary on Covid in Odisha. Since I have been doing documentary for so long, I was approached for this project. Then I traveled to Bangalore, and I started doing various documentaries and independent commercials.

Do you have a comfort zone?

I am comfortable with every zone. As a cinematographer I need to fulfill the required need of a scene. When we are doing an advertisement we have to glamorize it with right angles and make it look appealing but, when it comes to film making we can never bring that mind-set. We have to see how the story progress, and shot accordingly. So, if we use a particular parameter on every subject, things will never work out.

Which one is your best shot so far as a cinematographer?

‘The Notebook’ has those visuals that connect with the people from all around the world. This film has given me so much confidence as a cinematographer, and I find it different like, this is not a common type of cinematography.

Other than that I am never completely satisfied with my own work. I always believe that there is something even better. The hunger for doing better every time always remains in me. 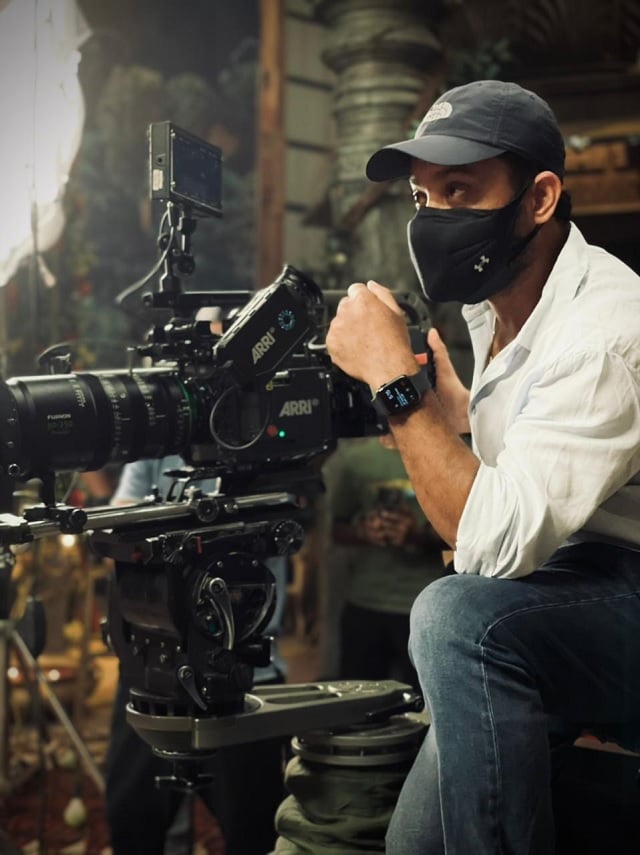 Have you done any work in Ollywood yet?

No! Not yet because, I have never been approached by anyone to do any work in Odisha. It is always the director who chooses its crew, so it is not my fault that no one from Odisha has ever approached me.

I already have it in my mind to do an independent work in Odisha, but I am not getting the right time and mood to start the project. Not that I have enough time within the back to back shoots anyway. However, it is in my bucket list and I will certainly make it happen someday.

When it comes to cinematography, is there any big difference between Bollywood and Ollywood?

In filmmaking Odisha has a problem; in the sense I find everything in here to be very loud. It is very unnecessary and uneasy to watch.

Watch movies like Pather Panchali, the film was released more than 50 years ago and it is still a landmark film for every Indian. It is a very simple film with so many good social messages and with such strong filmmaking points that we accept it as one of the best.

‘It is not about the money it is about the mindset.’ Odia film directors are not up for a challenge. Instead creating new characters they are just copy pasting everything. That is why in Odia filmmaking, they don’t have a right balance. Firstly the script is very bad, the film play is really bad and the person who is capturing the scenes they just want to copy the old ideas.

Among the Bollywood directors who do you find the most comfortable to work with?

Suraj Barjatia. He is like the encyclopedia of filmmaking. But in nature he is very humble and pure, and the way he treats me I could always see a father in him. He is comfortable and warm as well as composed and calm.

Even though he has so many years of experience in the industry and I am a newbie, he still treats me like his own child. That is the beauty about him, and I get to learn a lot from him.

What is your experience of working in International films?

In Hollywood, every process is well planned and made a note of, that way nothing goes wrong. The paperwork there is so strong that it covers almost every part of the filmmaking process and each of us has to work accordingly. But in Bollywood we just ignore this kind of pre-planning. Here we believe in living in the present, and reach the sets and then decide which angle sets right for a particular shot.

Therefore, in Hindi film we prepare for two days shoot but it even stretches to two more days. Whereas, in Hollywood they are very much particular with the hours and days fixed to complete a particular shoot. They cannot even stretch a minute more than what is scheduled or else they will have to pay more to the crew. 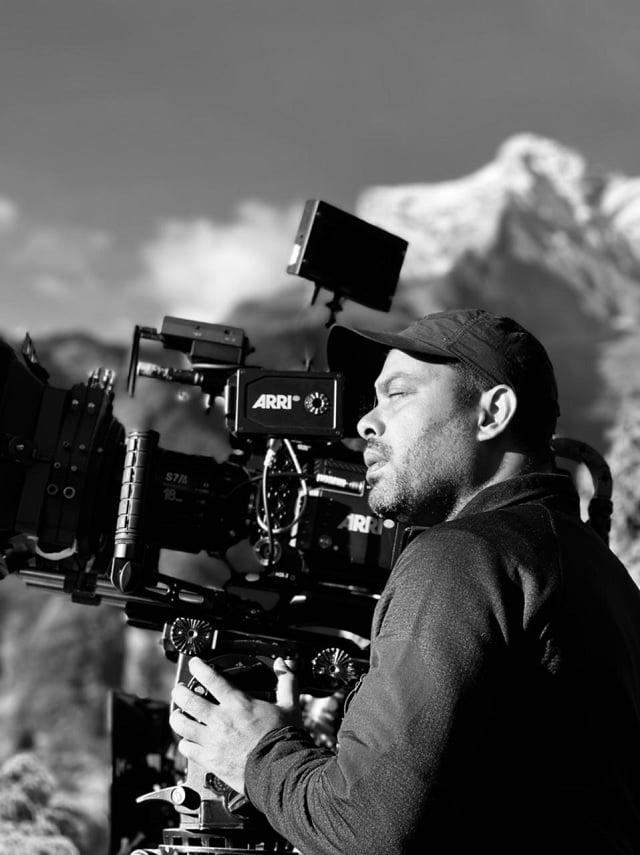 On what foreign film have you worked in?

It has been all commercials so far. I have shot ads for countries like Pakistan, Srilanka, Dubai, Thailand, London, etc. Most of the works were for tourism sectors.

After having shot so many actors with your cameras, ever felt the desire to act yourself?
No, never! See, I want to stay behind the camera to create the magic; I don’t want to be in front of the camera.

What are your future plans in your professional life?

Currently, the project I am working on will probably take up till March to complete. So, it’s really hard for me to pin point right now what I have in store for the future.

What is that one message you would like to convey to new cinematographers?

One has to be unique, if you can’t bring forward your own futuristic vision but chose to copy paste ideas then that is of no use. Secondly, don’t run behind money. Money will definitely come to you in this field of work, but it’s a creative field so one has to be value work over finance. If things are not happening even after trying for so long, maybe change your ways. Maybe you chose the wrong path, or maybe you are just surrounded by wrong people. Try to understand that first and then change all that you have been doing wrong.