Girl commits suicide after not getting her beau back post live-in relationship: Watch In a sad incident a girl allegedly committed suicide after not getting back her boyfriend as life partner. If reports are to be believed the two love birds were in a live-in relationship. They were living together. However, after some days the boy went back to his home and allegedly he could not contact his girlfriend because his family members took away the phone the boy was using.

On the other hand, the girl was waiting for the boy to return. However, after long wait as she felt that her buoy will never return, she allegedly took a decision to end her life. The matter came to light after her last letter before suicide was recovered later.

In the said letter the girl reportedly wrote addressing her boyfriend that earlier he immensely loved her. He used to get worried even though the girl would suffer a little pain. Yet, now she is going for ever. He had assured to purchase her dresses and foods. But that promise was false. He had assured that he would live with her for ever but in vain. The girl wrote that if the boy would have been with her now, he would not have lost her. 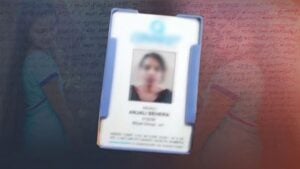 In the letter the girl reportedly further wrote that people would react their own way, but her boyfriend should have understood. How can she trust the boy’s family while they did not give back the boy’s mobile phone though he cried for it a lot? She also said that even the boyfriend did not volunteer to contact her. She said that his family would have accepted everything after some days, but now he is going to lose her. “I love you mo Baya.. I miss you. I love you so much.” She wrote in the letter.

Sudarshan Chakra of Lord Vishnu found in Puri of Odisha!…

Construction work of Shree Setu, the 1st trumpet bridge in…

The girl also wrote that she was very much hopeful, yet the promise was broken and thus she got disheartened. She wrote a few points that the boy should follow – he should take care of himself, he should not get angry often because she will not be nearby to console. Don’t miss your ‘Bayani’ – she wrote in the letter.

As per reports, the deceased girl was working with a private company. She was living in a rented house in Dharakote area of Khallikote in Ganjam district of Odisha. They had allegedly married but without the knowledge of others. However, as family of the boy did not accept the marriage it could not be successful.

The girl alleged in the letter that the boy’s family members planned to tactfully keep the two love birds far from each other. Even they did not allow them to talk. And hence they took away the mobile phone of the boy. It was the reason that she could not get her boyfriend back; finally she took the decision for suicide.

As per the girl, her family members were unaware about her marriage with the boy. However, Police have learnt that people have seen the two together many times. The girl also requested in the letter addressing Police to not to lodge any case against the boy and not to punish him. She has also requested her mother to execute her final rites attiring her as a married woman.

After knowing about the incident our South Odisha chief Prakash Patnaik reached the spot. He witnessed that hanging body of the girl was recovered from the house while her mother was crying a lot.