‘Mana Ki Namana’ (Believe it or not) is the only paranormal research based TV show of Odisha. The first episode of the season-2 of this popular TV show was aired on May 8, Sunday on Odisha’s leading TV channel Kalinga TV. Now, the show is being aired on Kalinga TV on every 2nd and 4th Sundays in a month. The same episode has also been published in the digital platform KNEWS Odisha from 8th May. A report.

How it all started

According to Paranormal investigator Deepak Behera, the chief functionary behind production of ‘Mana Ki Namana’ (MKN), the journey of MKN began in a real spooky way. Years back once during the summertime when he was undergoing through heavy stress, he suddenly felt completely blank and a thought popped up in his mind, “if nothingness is nothing, then why it exists? If darkness is emptiness, then why we afraid of darkness? May be nothingness has its own reality and we have to explore…” 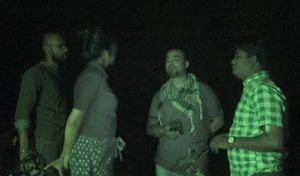 Deepak, the HOD of Graphics and Promo Department at the Kalinga TV, shared the thought with a colleague Manas (Cinematographer) and slowly the concept took a form. After both of them got convinced that this was a solid idea on which a TV show can be made which would be loved by all, they proposed it to Sri Himansu Khatua, CMD, Kalinga TV. He is a front line film maker, thinker and most importantly a great life teacher. His vision and guidance helped them to gain confidence and visualise the show.

Later, journalist and anchor Prachi Mohapatra proposed the name “Mana Ki Namana” and joined the team as the Scriptwriter and Anchor.

Everything was lined up. Yet, the only thing that was missing was a “CLUE”. 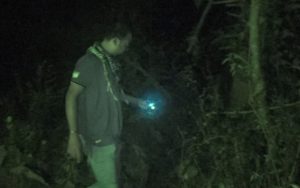 Soon, ‘Mana Ki Namana’ team got their first subject. Accordingly, the first field operation was planned at a place of Mangalajodi area, which was then considered one of the most haunted places in Odisha.

The team set out for the first haunt. Yet, as it reached there with great expectation the excitement turned into embarrassment, as they found that the haunted tree where they wanted to experiment had been cut down by people few years back.

However, the team did not lose patience. Kalinga TV being the most popular TV channel in the state, people called the team to inform about haunted places in their areas. Accordingly, the team went on shooting at haunted places one after one and finally grabbed attention of the audience.

Yet, the team observed something was missing. In the meanwhile Sarbajeet came into contact. He is a young certified Demonologist in Odisha and also the Co-founder of PAIRS (Parapsychology and Investigations Research Society) India, a registered society with Government of India.

With infrastructure, support and facility of Kalinga TV, Deepak and Sarbajit solved many paranormal cases in Odisha under the banner “Mana Ki Namana” and the first season of the show became super popular.

Later Sarbajit shifted to Mumbai and Deepak officially appointed as the Odisha Executive of PAIRS. 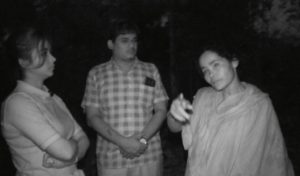 Recently, after a long gap of about 2 years, which was due to the pandemic, finally the Season-2 of ‘Mana Ki Namana’ was launched. For this season Deepak came up with a new team along with Prachi Mohapatra and Prakash Puri. Now, the team also uses some new equipment during the on spot experiments.

‘Mana Ki Namana’ is the only paranormal research based TV show of Odisha. It is not based on any fiction. Rather, after getting information/ call from people about a haunted place, house or building the team visits the spot and starts operation.

Deepak explained, “Whom normally we call ghost, in the  paranormal world that gets recognized as an energy. This energy may be positive or negative. Yes, positive energy exists. To locate such electromagnetic energy I use a variety of scientific equipment. These gears are widely known to the paranormal world.” 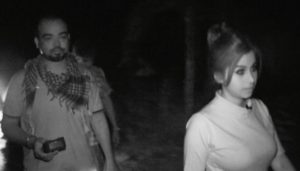 Deepak, who has got recognition as a Paranormal Investigator in Odisha, says that when people invite them to examine or investigate their (haunted) home or properties for paranormal activities in most cases their brain becomes the biggest culprit. Most of the time time it’s a prank, some natural causes or it’s in the person’s head. But it does not mean they don’t exist. Acceptance is the gateway to the world of paranormal. When psychology reached the limit, parapsychology comes to existence. Emptiness has his own worthwhile. Darkness has its own light. And nothingness has its own realty.”