Chocolate Ganpati by Bidisha to bring joy to unprivileged kids 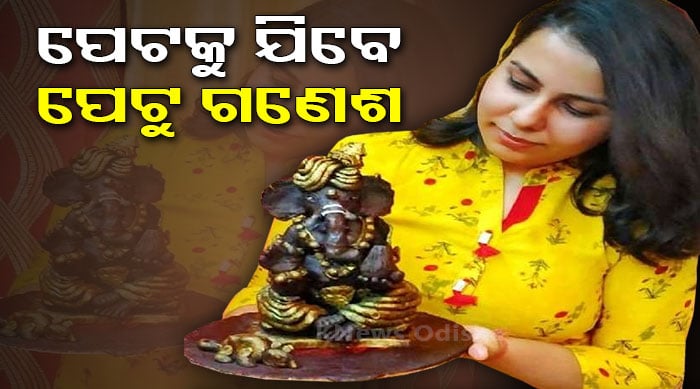 Come September and devotees of Lord Ganesha start preparing for worship of the God who saves us from dangers and provides education. While we normally witness Lord Ganesha idol made of clay, some creative people have some more to offer.

Meet Bidisha Sukhdani from Aliganj in Lucknow who this year came up with an idea of making an idol of the Lord with (edible) chocolate. The idol is 13 inch long and weighs 5 kg. Bidisha made it after five days of hard effort. 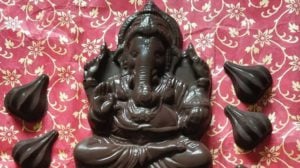 Ganesh Puja And Its Cultural Significance

The idea behind making the idol with Chocolate was noble. The idea was to bring joy in the lives of hundreds of underprivileged kids. After the puja, she would not immerse it in any pond or other water bodies, but would distribute to unprivileged kids. She has a unique plan for the immersion of this idol. She would put hot milk and the liquefied it would be distributed to poor children.

As per reports, maker of this idol Bidisha is a home baker who also is a Yoga trainer. She intimated that they are observing Lord Ganesh puja for the last 7 years at their home. Since the idols available in the market are prepared using plaster of Paris and other chemicals, which are ecologically harmful, she makes clay idols. However, this year she made a Chocolate Ganpati. 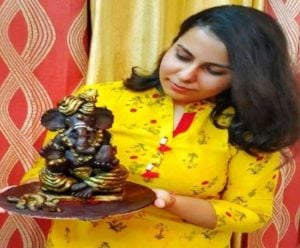