Ansupa Lake in Cuttack district of Odisha cries for attention 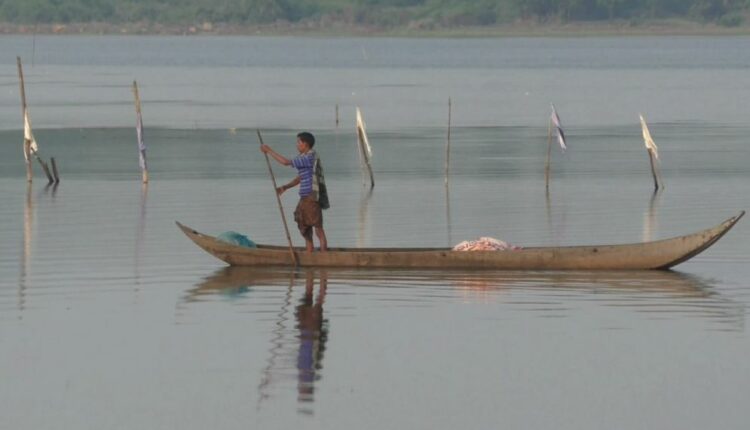 On the west side of the Lake is the Saranda hill and on its north is the Kunjar hill. A canal is flowing in between the two hills that is called ‘Mayuri naala’. It is said that the water flowing in this canal later turned into Ansupa Lake.

Many legends are associated to Ansupa Lake. It is said earlier here lotus were blooming and sun ray was sparkling in its stagnant water. Due to the sun ray it is called Ansupa. According to another legend Ansupa Lake has been named after its shape which is in the form of a horseshoe.

The lake is spread over a patch of 141 hectare or 350 acres of land. Large number of people depends on this lake for a living. There are 33 species of fishes, 12 varieties of herbs are available here while 10 species of reptiles live in Ansupa. In the winter season about 50 species of migratory birds flock to this Lake. Visitors flock here to witness these birds.

There is boating facility in the Lake for the visitors. Also, bamboo cottages have been made on the top of the nearby Saranda hill for tourist refreshments.

These are furnished AC rooms for which interested People can book online and spend night here. Lots of fishermen depend on this lake for fishing.

Biodiversity is the specialty of Ansupa Lake. Creatures from different habitats are witnessed here. Hence in last August the Lake got Ramsar status. Yet, are we doing something at par with whatever Ansupa is providing to us. Only getting a tag is not sufficient, rather effort and infrastructure is also required.

Happenings in Debasmita-Subhranshu’s life, an anecdote of…

Also, sediments are getting deposited in the Lake in every rainy season. Besides, when Mahanadi gets flooded, its flood water flows into this lake through Kabula nalla, a natural water channel. Besides, the Lake also loses beauty after merged by flood water. Often, the flood water is not released.

On the other hand as the area of the Lake is shrinking due to different reasons, the locals have taken possession of the nearby lands. They are using these lands for farming. Also, illegal fishing is rampant here.

Keeping in view these factors, Odisha Government took up many projects in 2007.  Removing of green algae and sediments from the water body as well as de-weeding had been taken up with the funding provided by the 10th Commission. As per reports, funds have been allotted for beautification, algae removing, erection of ticket counter, rest room, watch tower, make boating facility and development of children park and park development near Ansupa Lake.

Besides, night stay facility has been stopped at the eco-tourism on the Saranda hill. So these houses are on the verge of destruction due to lack of maintenance. It has also claimed that there is no toilet or drinking water arrangement for the tourists here. Woman tourists have demanded basic facilities in the area.

Female Elephant falls into well, dies in Mayurbhanj of Odisha