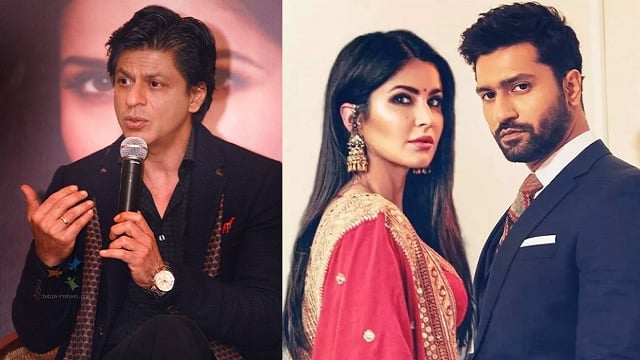 Mumbai: Bollywood megastar Shah Rukh Khan and his family have going through a tough phase, considering Aryan Khan being dragged back and forth in the cruise ship drug case. The case became huge in national Medias and the star kid also had to spent almost a whole month in jail. Although, things are getting back to normal in the Khan’s lives and Aryan is back home after court granted him bail, it will still take time for everyone in Mannat to go back to their old lives.

Amid this, reportedly, SRK is slowly getting back to work and his routines. However, now the sources has also reported that he is invited to the most talked wedding of the town, that is of Katrina Kaif and Vicky Kaushal.

A source close to Katrina has revealed to Pinkvilla that the actress has been very choosy about the guest list, but SRK is one of the Bollywood celebrities that she has extended an invitation to. Not only Kat but Vicky, who is a huge fan of the Zero actor, is happy to have him on the list.

According to the reports, Shah Rukh is known to keep his social obligations aside when it comes to friends and families. Therefore, he is likely to attend the wedding. However, it is still unsure if any other of his family members will attend the function with him. It is quite noticeable that the to-be married couple are keeping a low profile regarding the wedding and staying away from the media.

Moreover, Shah Rukh Khan may make a quick entry and exit. As he has his shoots he will definitely not attend the whole 3-4 days of celebration, said the close friend.