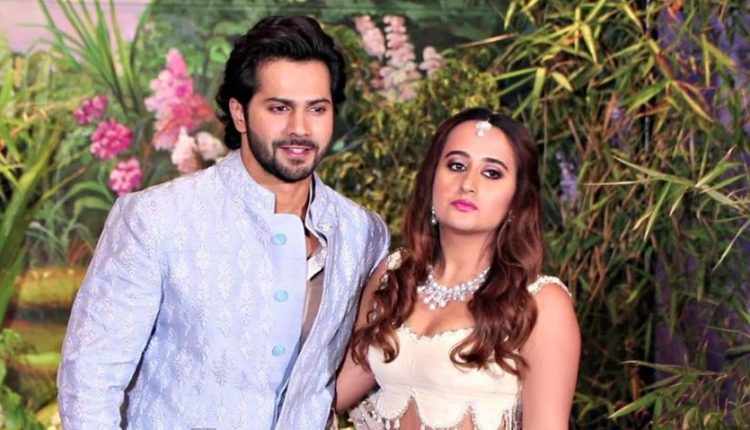 Mumbai: While the hullabaloo over DeepVeer and NickYanka’s dream wedding is still afresh, it seems Bollywood is ready to witness another gala wedding.

According to reports, ‘Kalank’ actor Varun Dhawan is all set to tie the knot with long-time girlfriend Natasha Dalal in December this year.

If rumours are to be believed, the couple had earlier planned a beach wedding. However, they later ditched the idea and decided to go for a royal-style destination wedding.

According to a leading entertainment portal, the couple has hired the same wedding planner as Nick and Priyanka for their wedding. The wedding ceremony will be completely traditional and strictly according to Hindu customs- with all kinds of pre-wedding rituals and ceremonies included.

However, both Varun and Natasha haven’t given any official confirmation to these reports. Speaking about his relationship with Natasha on Karan Johar’s popular chat show Koffee With Karan , Varun said, “I’m with her (Natasha) because she has her own individuality, she has her own voice which is super strong with things she wants to do and things she wants to achieve in life. And, as her partner, that is something I want to support, you know.”

“I have known her, we were in school together. We were just friends, we weren’t dating then. But since day one she has been supportive of my dreams and it has to be the same. It has to be equal from my side. From my side, I have to be supportive of her dreams also, or what she wants to achieve, or what she likes. Eventually, I think as a couple you want to evolve together,” he added.

On the work front, Varun is currently gearing up for Choreographer-turned-director Remo D’ Souza’s upcoming film ‘Street Dancer’, which is all set for a theatrical release on November 8 this year.