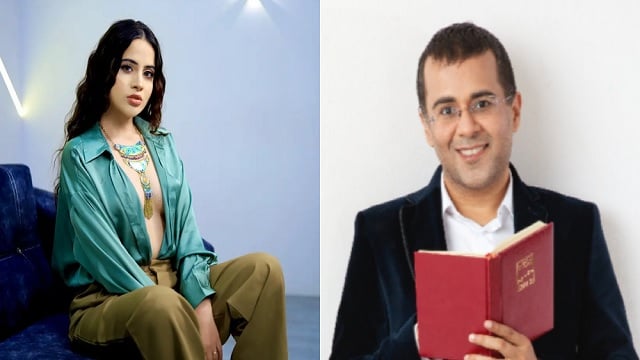 Television actress Urfi Javed is once again in the headlines for yet another controversy. However, this time it is not regarding her fashion sense but, re-known author Chetan Bhagat’s comment on way of dressing.

Earlier, in a statement, the author said that Urfi is distracting the youth of India. She is misguiding the youth and boys only watch her photos at night in the bed, said Chetan.

On Saturday, Urfi hit back back on Chetan and wrote on her Instagram story, “Guys, let’s not forget how so many women accused him during the Me Too case.” She further shared a screenshot of his WhatsApp messages that surfaced online during the #MeToo movement and explained, “Men like him will always blame the women than accepting their own shortcomings. Just because you’re a pervert doesn’t mean it’s the girl’s fault or what is she wearing. Unnecessarily dragging me into a conversation, commenting on how my clothes are distracting young boys is such as f***ed thing to say. You messaging girls isn’t a distraction for them? @chetanbhagat.””Stop promoting rape culture you sickos out there. Blaming women’s clothes for the behavior of men is so 80s Mr. @chetanbhagat. Who was distracting you when you messaged girls half of your age? Always blame the opposite gender, and never accept your own shortcomings or faults.”

She concluded her statement, “People like you are misguiding the youth, not me. Encouraging men to blame the women or her clothing when are at fault.” Also Read: Watch: Urfi Javed lashes out at paparazzi for commenting on her outfit