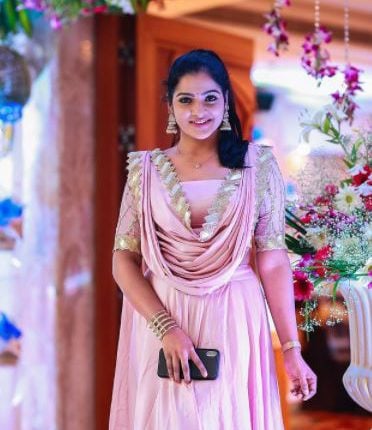 Chitra, 28 was best known for playing the role of Mullai in the popular show Pandian Stores. She had recently got engaged to businessman Hemanth four months back.

According to reports Chitra had finished shooting and returned back to the hotel around 2.30 AM. She was staying at the hotel with her fiance Hemanth.

Hemanth claims that Chitra told him she was going for a bath soon after returning from shoot, When she didn’t come out for a long time, nor responded. He called the hotel staff and hen opened the door, she was found hanging from the ceiling fan, in a statement to the police.

“The hotel manager called the police helpline number 100 about 3.30 a.m on Wednesday. We are currently investigating the cause of her death,” a police official from Nazrathpet station told TNM.

Just few hours before her death, Chitra had shared pictures of herself from a photo shoot on her Instagram page.

There is no official statement yet regarding Chitra’s death from her family. Chitra worked as a presenter and Anchor on various TV Channels in the Tamil Industry.