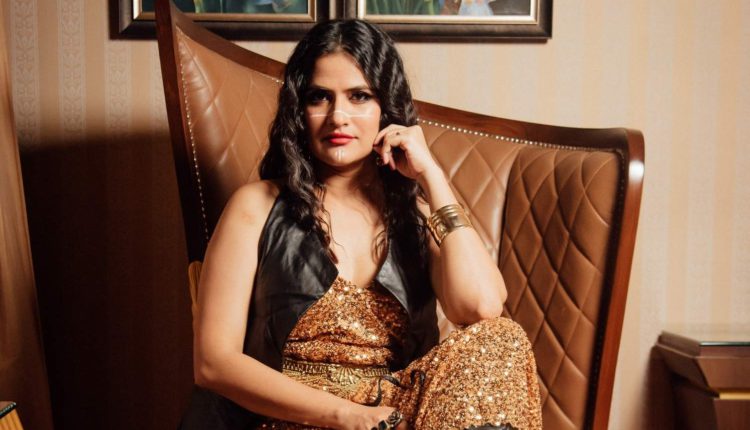 Mumbai: Singer Sona Mohapatra finds it strange that only actresses are being singled out as alleged drug users in Bollywood, while none of their male counterparts have come under the radar of suspicion.

On Monday, in a verified Facebook post, Sona also spoke about the benefits of CBD oil, of which she learnt during her sister’s cancer treatment last year.

Sona’s post comes at a time when Bollywood’s top actresses Deepika Padukone, Sara Ali Khan, Shraddha Kapoor and Rakul Preet Singh are being grilled by the NCB, which is exploring the drugs-related angle in the Sushant Singh Rajput death case. Sona expressed that it feels “rather strange” that only a few female stars are under the scanner, as if the male actors “only stick to milk and biscuits”.

Her Facebook post reads: “The TV stories feel like a farce esp CBD oil and ganja and Whatapp chats being talked about with such fervour. I discovered what the former was when my sister went through multiple surgeries for cancer last year. Was told of how magical the healing and pain alleviating this could be for her recovery. Unfortunately we couldn’t find any easily in Mumbai. Cannabis has been the base of all Ayurveda till the British banned it I’ve learnt, thus taking away most of its efficacy. So conservatives & ‘custodians of culture’ should please note this.”

“All this drug discussion would mean something if they pursued the actual hard drug cartels and suppliers also. It is also rather strange that a list of women stars are in the limelight even here. Like the men in film land only stick to milk and biscuits? Having said this I don’t have copious tears flowing for any film star. The thing is, these stars are also paid big bucks by brands as ‘role models’ and so you can’t really have your cake and eat it too?”

“If you want to earn disproportionate amounts of money, you need to be ready to go under the people’s scanner too. Tiger Woods did lose Nike, when it was found that he wasn’t such a paean of family values after all. There are enough & more stars like Di Caprio etc who do not accept endorsements & choose to live life on their own terms. Say no to double standards please? & yes, dear India, actions do have consequences so best if you SAY NO TO DRUGS too.”

Sona on Monday also informed that actress Kangana Ranaut has blocked her on Twitter.

“And when I clicked to check what Adi was talking about cus I don’t really follow her.. discovered this!! Hilarious. Kangana wants to criticise everyone & everything but doesn’t know the world works on reciprocity? Have to know how to take it, if you keep dishing it out. #fairplay,” the singer tweeted from her verified account along with a screenshot which reads @KanganaTeam blocked you.

“Also, Kangana hasn’t ever stood up for anyone but her own self & hasn’t acknowledged anyone who has cheered her in any case. That’s not a change maker or even thought leader of any worth. Yes, she’s been brave to call out some of the industry’s ills. That’s all. Will call her bluff,” she wrote in another tweet.

Plus 3 Admission In Odisha To Be Done Following New Guidelines, Check Details