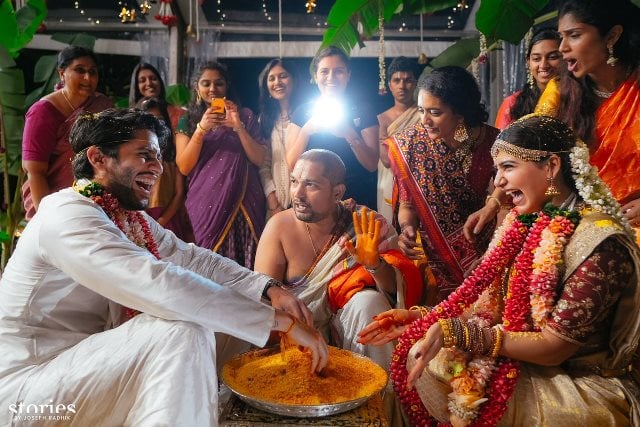 Tollywood actors Samantha Ruth Prabhu and Naga Chaitanya are parting ways, the actress confirmed the news on her Instagram account.

The rumours of the two getting divorced circulated after the Family Man 2 actress dropped the Akkineni surname from her name from all her social media profiles and went back to ‘Ruth Prabhu’. However, they did not confirm it until today.

On Saturday, Samantha took to her Instagram to share a note that announces the two getting separated to pursue their own paths. She also stated that they have decided to remain good friends despite the fall out.

Samantha pens a heartfelt note on marking 12 years in the…

THIS is the rumoured title of Naga Chaitanya’s debut…

Earlier, the news of the power couple expecting a baby made to the headlines. Although there is no assurance on the fact, it is heard that the two have been concerned about the divorce rumours, especially now that they are said to be expecting a child.

On work front, Samantha will next be seen in filmmaker Gunasekhar’s ‘Shaakuntalam’. Apart from that she will also appear in filmmaker Vignesh Shivan’s ‘Kaathu Vaakula Rendu Kadhal’ along with actress Nayanthara and actor Vijay Sethupathi.

Naga Chaitanya on the other hand, recently had his movie ‘Love Story’ released, which is shattering numerous box-office records. The film, also stars actress Sai Pallavi and is directed by filmmaker Sekhar Kammula.