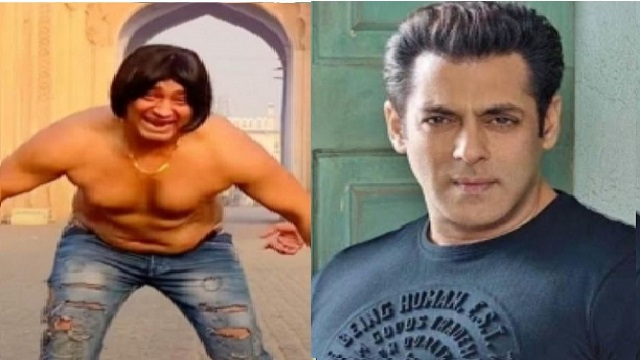 Lucknow: The Salman Khan doppelganger, Azam Ansari, who was arrested for ‘disturbing peace’, said that his wish is to meet the ‘real Bhai’ – Salman Khan.

Ansari, who has been released on bail, told reporters on Tuesday that he appreciated police action and their behaviour with him.

“I have no qualms of being arrested. The cops were right in their action, none of them misbehaved with me and even senior officers were very kind,” he added.

He said that he wanted to lose weight and is inspired by Salman Khan.

Asked why he was fascinated by the actor, Azam said: “Salman Khan is down to earth, helps the poor and needy, and always keeps himself fit and active.”

“Fifteen years ago, I had gained a lot of weight and weighed 128 kg following which I was ridiculed. Since I was a fan of Salman and used to watch all his movies, I decided to be fit like him and hit the gym. I get many comments from people who also want to keep a body like mine,” said Ansari.

“I wish to meet Salman and make a video with him,” added Azam who earns livelihood from real estate business.

Azam has around 1 lakh followers on Instagram and has made videos on all popular songs of the actor.

On Sunday, Azam was arrested by police while he was shooting a video shirtless and had a spat with public near Clock Tower.