Rhea, Showik get another 14 days judicial custody in drug case 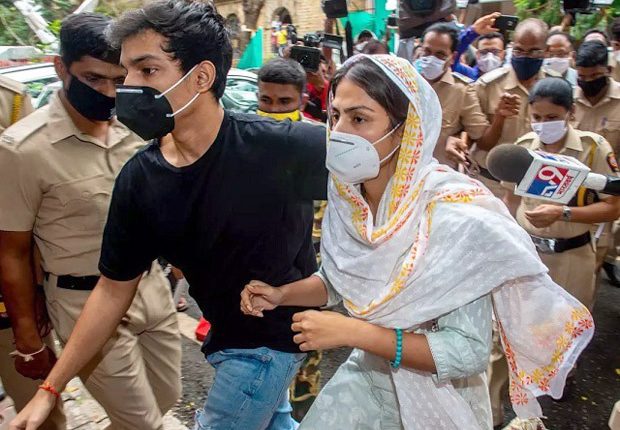 Mumbai: A Mumbai Special Court on Tuesday extended the judicial custody of Bollywood actress Rhea Chakraborty and her brother Showik till October 20 in a drug related case that came up while investigating the death of Sushant Singh Rajput, officials said here.

The siblings were presented before the Special NDPS Court as their judicial custody of 14 days ended.

They had applied for bail in the Bombay High Court, on which the final arguments were heard by Justice S.V. Kotwal on September 29, who has reserved the final order on it.

Rhea was arrested on September 9 by the Narcotics Control Bureau (NCB) which is probing the drugs angle in the death of Bollywood actor Sushant, who was Rhea’s live-in partner.

Besides her, 19 others including her brother Showik Chakraborty, drug peddlers, suppliers and persons linked with the film industry have also been arrested so far, and several top actresses have been questioned.

Sushant was found dead on June 14 in his Bandra flat.