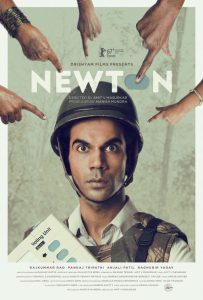 Mumbai: Rajkummar Rao  has said he will seek the advice of Bollywood’s Mr. Perfect Aamir Khan on the promotional strategy for his film “Newton” at the Oscars.

Speaking to media persons at the GQ Men of the Year Award on Friday night, Rao said; “I will definitely call him and meet him because ‘Lagaan’ was there at the Oscars and we are really proud of the film. So I am sure Aamir Sir will help us a lot,” Rao said.

“It’s just got announced and it’s too soon to decide but our team is going to meet and we will plan something about it because there has to be a strategy. We will be going to America to promote the film,” the 33-year old actor said.

The actor’s statement comes after the Film Federation of India (FFI) announced “Newton”, in which he plays the lead role as Newton Kumar, as the country’s official entry for the Oscars in the Best Foreign Language Film category.

The movie “Newton” narrates the story of a government clerk, who is given the task of overseeing elections in a village in Chhattisgarh where the threat of Naxalism looms large. It is directed by ‘Suleimaani Keeda’ fame Amit Masurkar. Apart from Rajkummar Rao, the movie features Pankaj Tripathi, Sanjai Mishra and Anjali Patil.