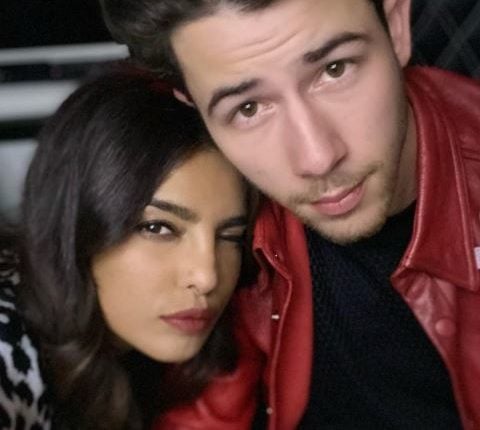 International star Priyanka Chopra and husband Nick Jonas, who is also a well-known Hollywood singer, are making back to back headlines nowadays. It started with Priyanka removing her surname from her Instagram account which sparked her divorce rumours with Nick Jonas. After the celebrities and their closed one’s denied the speculations, now yet another PeeCee’s comment has sparked excitement within her fans.

Recently, the ‘Desi Girl’ announced that she and Nick are ‘expecting,’ budding expectations in fan’s mind of the couple being pregnant and expecting their first child. However, before jumping to any conclusion lets us clarify that it was a prank by Priyanka. For those unversed, the ‘Bajirao Mastani’ actress recently joined the Jonas brothers along with their wives, Nick, Kevin, Joe, Sophie Turner and Danielle Jonas, in the Jonas Brothers Family Roast. In the show, amid roasting her husband and brothers-in-laws, PeeCee subtly announced that they are expecting, the sudden news left Nick blushing crimson red. Hearing her, the ‘Jealous’ singer almost stood up, just to get disappointed as Priyanka laughed out loud and said that it was just a joke and that Nick had a priceless reaction.

This is tooo hilarious 🤣🤣 #ROASTED

This is how fans reacted to Priyanka’s pregnancy joke on Twitter:

Nick face when Priyanka said they were expecting 😂😂😂😂 #JonasBrothersFamilyRoast

not sure who was more traumatized by priyanka’s expecting joke, me or nick jonas . mans was in cardiac arrest for a moment there . same #JonasBrothersFamilyRoast